Viral Video of Torture of Palestinian Prisoners in Israel 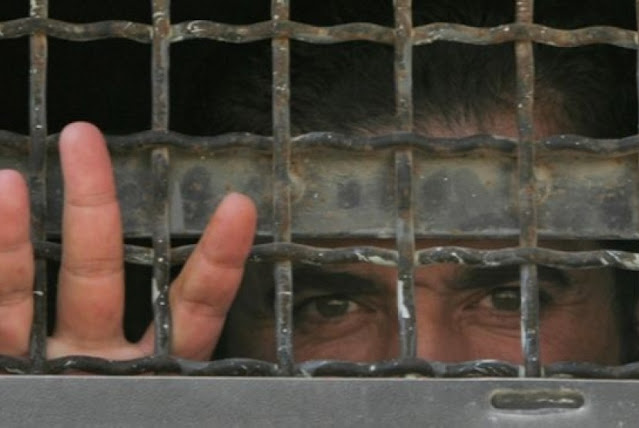 UMMATIMES - Israel closed a case involving at least 10 prison guards, who were caught beating Palestinian prisoners. The beating was described as one of the most heinous incidents of violence against detainees in an Israeli prison.
The Haaretz newspaper on Friday, June 11, 2021, reported that only four officers were questioned and no one had been arrested for the incident that occurred on March 24, 2019 at Ketziot Prison Wing 3. In that prison, it is believed that dozens of Hamas members were detained.

A rare unfiltered look into the treatment of Palestinians inside Israeli Occupation prisons: this 2019 vid reveals the IOF storming Naqab prison, barbarically assaulting 55 prisoners for 10 mins straight & leaving them tied-up atop each other for many hours. 15 were hospitalized. pic.twitter.com/KbIA9XG5W2

Video footage shows about 55 Palestinian prisoners being bent to the floor and being held. An Israeli officer then punched them, kicked and beat them with a police baton. The detainees were barred from speaking or even moving for hours.
The Israeli police investigation unit investigating prison guards said the official reason for the tension was an unknown offense. The investigation into this case was then closed.
Haaretz in his report said a Hamas member among the detainees had stabbed two officers. One of the two officers was injured.
When the incident occurred, prison guards were trying to restore order in the Wing 3 barracks after riots erupted following the stabbing incident. However, video footage shows no riots.
In contrast, security camera footage shows prison guards beating prisoners without provocation. Amir Salum, 26, a former prisoner from Palestine, who was imprisoned in Ketziot prison for four years and witnessed the incident caught on camera, said that when the beating occurred there was no precipitating factor.