We Don't Condemn Show Off Officials, We Are Jealous 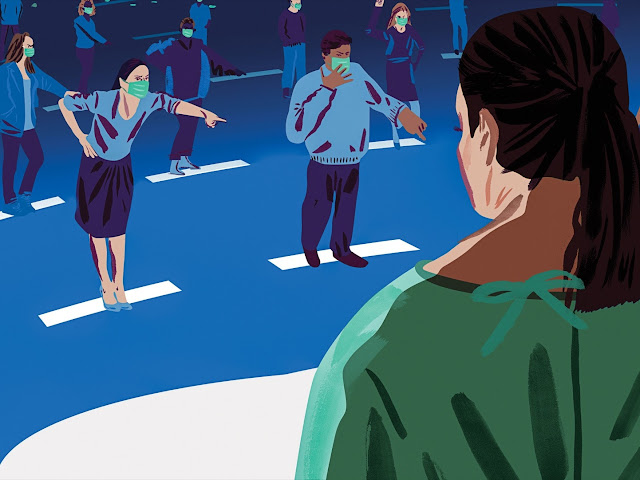 UMMATIMES - We have an ambiguous character towards the behavior of politicians to accumulate wealth. And this ambiguity, to be honest, is annoying, said Geger Riyanto in his opinion.
We'll be brushing off officials when news of them owning a luxury car gets out. They bought an extraordinarily charming official car with state money? Swearing and cursing to their children and grandchildren will spill over in the comments column of the news concerned. The funny thing is, not infrequently I also find admiration for the luxuries they have that the other 99 percent of Indonesians don't have.
Example. The website of a large repair shop featured articles on ten cars belonging to Indonesian officials. Anything? Toyota Alphard, of course. Mercy S-Class. New Accord. Next up, other cars that cost five times as much as the house you'll be paying off in twenty years. It is not difficult to imagine why the workshop in question published this article. People believe the taste of high-ranking official cars. They secretly admired the officials' choice of cars.
On another occasion, during a campaign event for a political party, I was told that a party member came to the center of the arena in a Hummer. He and his wife, whose hands were covered with gold bracelets and rings, got out of the car. They reap the blasphemy? Not. Of course. They were showered with loud cheers from their supporters.
And if you remember Rizieq Shihab in his actions, he always came in a car that distinguished him from his followers. Did you see him being cheered for?

Stuff like that makes me wonder are we really condemning inequality between the elite and the average person? Or, in fact, are we angry simply because we are jealous and haven't had the chance to be like them?
I suspect, what came true was the second. This fact is most clearly confirmed by the books I have come across. One time in a bookstore, I saw a book on tips to become a successful businessman. The author tries to captivate his readers by affixing the title, how to be good at doing business like Aburizal Bakrie.
I remember, those days Aburizal Bakrie was a common enemy. His company, Lapindo, triggered a mudflow that drowned a number of villages around the Brantas River. Bakrie constantly evades responsibilities and their handling of them burdens the state treasury.
I had read the old Tempo Magazine. The Bakrie family, wrote an article, rely more on lobbying than business shrewdness. Those days, all the clues confirmed the observation of the old article. Bakrie, if he doesn't want to be called cunning, can use any means to get his fortune.
The funny thing is, there are people who don't think Bakrie's cunning is wrong, those who think that Bakrie's instincts must be imitated if they want to enter the business world. I don't want to imagine how many actually consider Bakrie's crimes to be business fair.

With our ambiguity, we secretly justify the social flaunting of the elites. However, there is also research that shows that we justify it because we are an unequal society.
Lucia Macchia et al., in their study of 24 countries, found that in highly inequality societies, people find satisfaction when they see themselves as richer than others. Satisfaction comes from the social climbing process. The exhibition of wealth is a way of getting a meaningful life.
If this is the case, we will lose our attention to the real. Is it less problematic that the richest 1% of Indonesia's people control 46 percent of the country's wealth? Is it less problematic that those outside of this one percent group can never even get to the bottom of the wealth of the one percent group because they go to their closest relatives and friends?
However, no, we would not take this extreme inequality as a warning of an increasingly serious situation. We will preserve it because we also enjoy it. We are, after all, flaunting our social rank on a smaller scale. Those of us who can't afford a luxury car will buy a luxury motorbike to differentiate ourselves from people who can't afford it. Those of us who can't afford a luxury motorbike will buy a luxury-looking motorbike to differentiate ourselves.
And so on, both up and down, with at the top level we will even find the absurd tendency of tycoons to show off their planes and yachts. All for the sake of feeling richer than his colleagues.
Oh, human. His nature often makes this world a less human place to live.