WHO Discusses Tokyo Olympics with IOC

The World Health Organization (WHO) on Monday said it would hold discussions with the International Olympic Committee (IOC) on the fight against Covid-19 in Japan, after organizers announced that the biggest sporting event could be attended by a limited number of spectators. 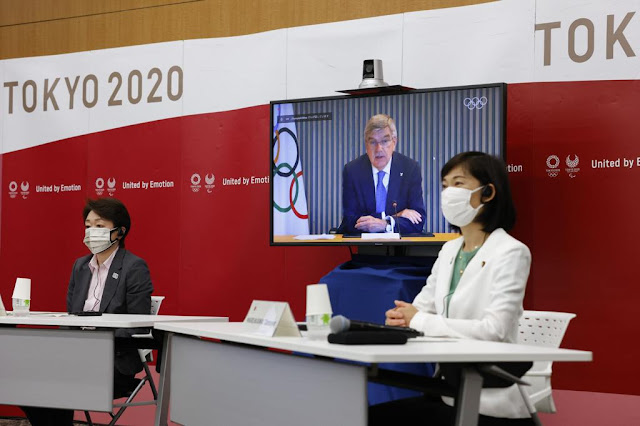 UMMATIMES - The head of the WHO Emergency Program, Mike Ryan, assessed that there had been positive developments in Japan with reduced transmission rates when compared to other countries hosting large-scale events. "What's nice is that the rate (of spread) of the disease has been falling steadily and consistently in Japan over the last few weeks," Ryan told a news conference in Geneva attended by Reuters.
This discussion follows the announcement by the organizing committee that it will allow 10,000 domestic spectators to attend the Olympics in Tokyo. This decision contradicts the recommendations of several medical experts who call for the event to be held without spectators in order to minimize the risk of transmission.
"We learned of the decision today and we are following up with the IOC as well as the authorities in Japan. We will have another call with their task force this week to consider this new decision," Ryan said.
However, overseas spectators were barred from attending following public opposition and deep concern about the potential for increased transmission. Ryan said Japan's infection rate was 80 people per million population in the past week, much lower than many other countries.
WHO will continue to examine risk management and assessment procedures for the Olympics, as well as look at the screening process to surveillance, social distancing, ventilation systems and many other things. "However, it is important to note that the incidence rate in Japan has been falling consistently over the past few weeks," he explained.