Why does India want dialogue with the Taliban? 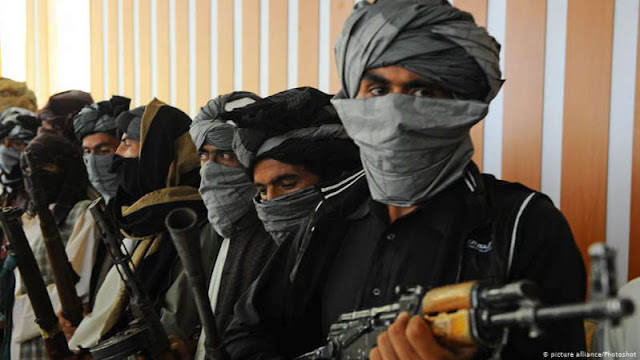 UMMATIMES - India is reportedly trying to open a diplomatic channel with the Taliban, at least with factions not under Pakistani or Iranian influence. What are India's interests with these Islamists?
The New Delhi maneuver is believed to welcome the withdrawal of NATO troops from Afghanistan on September 11. Despite India's or the Taliban's denials, the Ministry of Foreign Affairs in Delhi confirmed it was "in touch with all parties" in the Afghanistan reconstruction process.
If true, the move signals a shift in India's foreign policy.
“This is a huge change, because New Delhi is opening up channels of communication where none existed before,” Michael Kigelman, Deputy South Asia Director at the Wilson Centre, told DW.
"But this is not surprising," he added. "In recent months there have been indications that India is trying to contact the Taliban. Now the situation is changing because India has been an important regional actor, but with no influence over the Taliban. Every country in the region builds relations with them.”
Since the US invasion in 2001, India has tried to exert influence in Afghanistan. So far New Delhi has disbursed a USD 2 billion reconstruction aid fund, the largest in the region. In November 2020, India announced 150 new projects worth USD 80 million in Afghanistan.
"Given the huge investment, why did India hand over the podium to Pakistan?" said Harsh V Pant, Director of Strategic Studies at the Observer Research Foundation in New Delhi. "India will do everything it can to protect its interests in Afghanistan."
"This means India has to talk to all parties," he said.

Kugelman believes that security issues are the most important thing in New Delhi's approach. "Ultimately, India just wants to make sure its citizens and interests in Afghanistan are not targeted by the Taliban."
India from the start saw the Taliban as an ally of Pakistan. New Delhi's influence, which capitalized on the Soviet invasion in the 1980s, has dwindled drastically since the Taliban rose to power in 1996.
Although officially unrelated, in 1999 the hardline Islamist group helped New Delhi negotiate the release of hostages in a hijacking by a terror group in Kandahar.
Nasratullah Stanakzai, a lecturer at Kabul University, said India had no choice but to engage with the Taliban. "There are no permanent friends or enemies in politics," he said.
For the Taliban, India can be a link to the international community to ensure the disbursement of aid funds. Moreover, according to Ahmad Saidi, a former Afghan diplomat in Pakistan, the Taliban are also concerned about India's role.
"The Taliban are afraid that India will threaten their interests in Afghanistan. Therefore, the Taliban want to ensure to India that their interests will be protected," he said.
Currently the approach process between India and the Taliban is still in its early stages. According to Kugelman, New Delhi "on the contrary is concerned that the Taliban's rule will encourage the growth of an Islamist militant movement in Afghanistan."