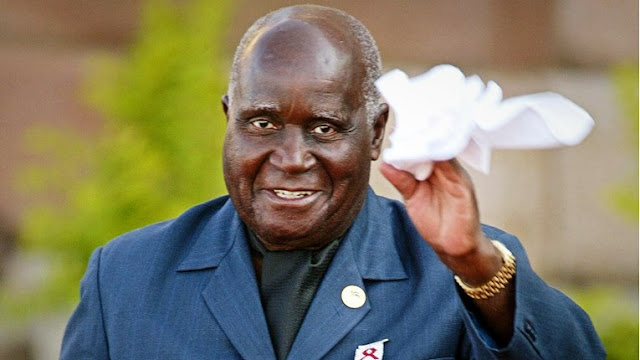 UMMATIMES - Former Zambian President Kenneth Kaunda, also known as KK, has died at the age of 97 from pneumonia. Kaunda is known as the founding father of Zambia, a country in southern Africa, which gained independence from Britain.
Kaunda ruled his country for 27 years. He led Africa against apartheid and HIV/AIDS.
Kaunda died at the Maina Soko Medical Center military hospital in Lusaka. Authorities declared 21 days of mourning for Kaunda's death.
“On behalf of the country and personally, I wish the Kaunda family strength. Our condolences on the passing of our first president. He's a true African icon," Zambia President Edgar Lungu said, via Facebook.
Zambia has natural copper resources, but fared poorly economically under Kaunda's long leadership. Kaunda will be remembered as a figure of anti-colonial fighter who stood against white rule in southern Africa.
Kaunda once expressed deep sadness when his son Masuzyo died of HIV/AIDS in 1986, where many families in Africa also actually lost family members to this deadly disease. He then began a crusade against the disease.
“This is the biggest challenge for Africa. We have to fight AIDS and we have to do it now," Kaunda said in an interview with Reuters in 2002.
Kaunda was the first President of Zambia and he led the country to sever ties with the colonizing European countries. Kaunda worked hard to drag the former colonizer into Zambia once the southern African nation took full power.