A total of 12 Indian ministers resigned from their posts on Wednesday (7/7). The health minister was among those who left his position. 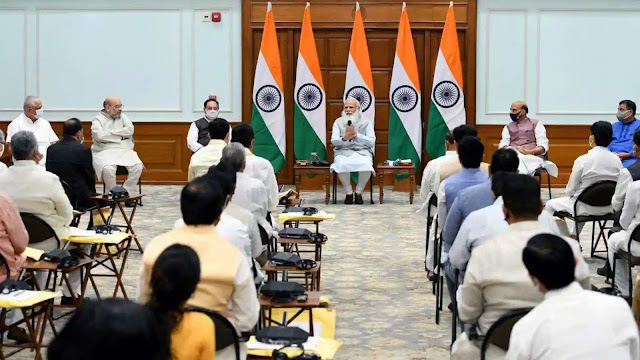 The resignation is part of a sweeping reshuffle by Indian Prime Minister Narendra Modi. It follows a catastrophic spike in Covid-19 cases and ahead of important state elections.
India's Health Minister Harsh Vardhan drew sharp criticism when Covid-19 cases there skyrocketed in April and May. India's healthcare facilities and services are on the cusp of a boom in patients requiring treatment. Many hospitals across the region are running out of supplies of medical oxygen and medicines.
So far, India has reported 30.66 million cases of Covid-19. The pandemic has claimed 404,000 lives in the country. India is in the second position as the country with the highest number of Covid-19 cases in the world.
Apart from Harsh Vardhan, India's minister of law and justice and information-technology, Ravi Shankar Prasad, also resigned. However, he is expected to be given another important role in Narendra Modi's party, namely the Bharatiya Janata Party, ahead of state elections.
India's Minister of Environment, Forests and Climate Change, Prakash Javadekar, also resigned from his post. According to a press release from the president's office, Education Minister Ramesh Pokhriyal Nishank, was also among the cabinet members who resigned.