A total of 401 children died between March-May 2021 in South Africa (South Africa) after being infected with Covid-19. The data was disclosed by the National Institute of Communicable Diseases (NICD). 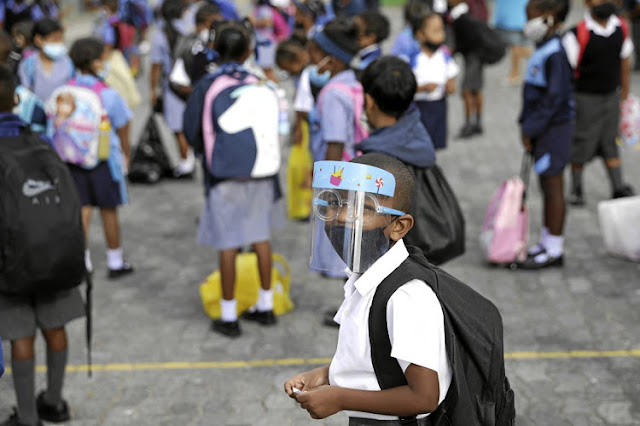 UMMATIMES - The NICD said there were 9,918 patient admissions at local hospitals related to Covid-19. Most of the patients were aged 19 and under during this period.
Data at the hospital said there were 9,443 patients. Of that number, as many as 401 patients died in hospital. "Among the deaths, 146 people (36.4 percent) were teenagers aged 15 to 19 years and 125 people (31.2 percent) were under one year old," the agency said. 1/7).
Many of the deaths occurred in children who had comorbid conditions. Reports show that HIV infection, diabetes mellitus, and heart disease are the most frequently reported deaths in pediatric patients. There are also reports of cases of asthma and chronic lung disease.
"Children with comorbid conditions exhibit a higher risk of death among children with underlying medical conditions," the NICD said.
Of the 9,443 children treated, they spent an average of four days in hospital. Around 619 pediatric patients have been admitted to intensive care units and 221 are dependent on ventilators. There is a possibility that more children will catch the coronavirus in the country.
The NICD said there were concerns about the possibility of limited testing in children leading to missed cases. From March to May 2021, the highest infections were among individuals aged 15 to 19. The NICD says that's when cluster outbreaks were reported.
About 15 thousand of the more than 1.5 million people who had been tested at the time, but excluded their age in the form. About 3,430 people ignore gender. Data was collected from public and private laboratories, and an online hospital surveillance system covering 647 private and public hospitals in the country.
"Convincingly, the data show the peak in cases in the first and second waves does not appear to be related to the time of school opening, and cases remain low when schools open," the NICD said.
The NICD concluded that children and adolescents are substantially less likely to be diagnosed or hospitalized with Covid-19 than adults.