Russian Foreign Minister, Sergei Lavrov, revealed that the Kremlin (Russian Central Government) continues to monitor the development of Afghanistan - the Taliban, especially since America withdrew its troops. If the fighting situation between the two worsens, Lavrov said his country is ready to help Afghanistan survive. 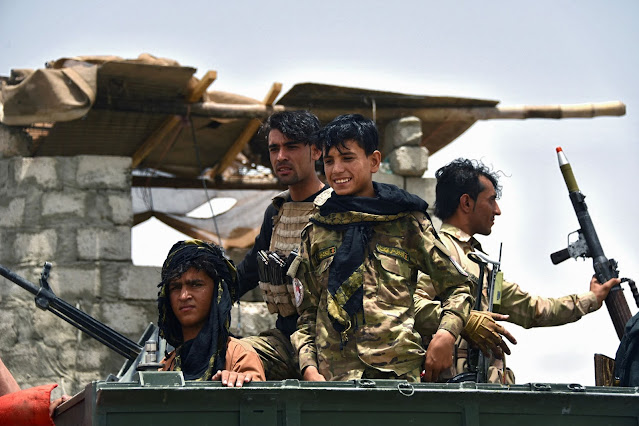 UMMATIMES - One of the assistance that can be provided, said Lavrov, is the use of its military base in Tajikistan. Lavrov said Russia's largest base in Tajikistan could be used by the Afghan military to defend and shelter from attacks by Taliban insurgents.
"We continue to monitor what is happening in Afghanistan where the situation is likely to worsen, especially with America and NATO in a hurry to withdraw their troops," Lavrov said during his visit to Laos, Wednesday, July 7, 2021.
As previously reported, Taliban attacks on Afghan districts have become increasingly aggressive in recent weeks. This follows the almost complete withdrawal of American Military troops from Afghanistan. The Taliban saw this as an opportunity to take over strategic districts.
As of Tuesday, the Taliban had controlled approximately 30 percent of the total 421 districts in Afghanistan. The last district they took over was in Badakhshan province. The attack in the province hit hundreds of Afghan soldiers who then fled to Tajikistan not far from Badakhshan.
Lavrov said Russian President Vladimir Putin had contacted Tajik President Emomali Rakhmon about providing assistance to Afghan forces, including the use of bases. The hope is that the process of transferring troops to the base can be carried out quickly. Putin, Lavrov said, also promised other assistance to Afghan troops in Tajikistan.
"We will do whatever we can, including taking advantage of the capabilities of the Russian military base in Tajikistan, to prevent further aggressive actions against our allies," Lavrov said.
Lastly, Sergei Lavrov did not forget to insinuate America about the situation in Afghanistan. He said the American military failed to show significant achievements despite serving in Afghanistan for many years. Adpaun Lavrov did not specify what Russia's goals were for deploying troops in Afghanistan.