Afghan Health Minister Wahid Majroh reported a deadly fungal infection known as black fungus which first appeared in Indian COVID-19 patients has been detected in Afghanistan, Saturday (3/2). Reporting from AP, Sunday (4/7), this condition makes it even more difficult for the government, which is in the midst of the third wave of the corona virus. 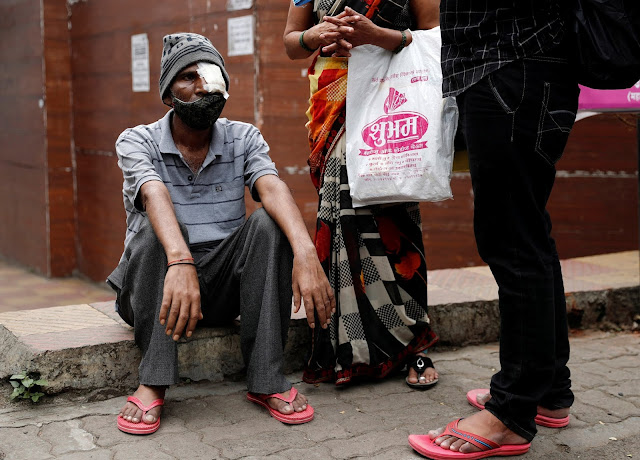 UMMATIMES - Afghanistan has recorded one death from the fungus. Majroh said the condition had also been detected in two other patients.
People rarely wear masks and there is no social distancing in Afghanistan. This condition makes the number of new cases continue to increase, with 1,272 new cases in the last 24 hours and 92 deaths.
The testing rate in Afghanistan is nearly 4,000 per day. Since the pandemic began last year, Afghanistan has recorded 124,757 cases and 5,199 deaths although the figures are believed to be higher than reported.
The Ministry of Health has added hundreds of new beds for an increase in patients in Kabul. But the capacity level is almost 100 percent.
The country is also oxygen-starved and its impoverished citizens sometimes wait days to fill oxygen cylinders at some production plants in Kabul.
With conditions continuing to deteriorate, Afghanistan is only 2.5 percent of the more than 36 million citizens who have been vaccinated. The country has struggled to receive the vaccine promised under the United Nations-sponsored COVAX scheme.
The black mold condition first appeared in India and attracted global attention. This problem is now starting to be reported outside India, such as Egypt and the UK.
Black fungus infections are caused by fungi known as mucromycetes which can kill people with weakened immune systems. When the spores are inhaled, they attack the lungs and sinuses, before spreading to the face and brain.
People who have a chronic disease and then positive for Covid-19 are more susceptible to mucormycosis or black fungus. The weakened immune system is also the main trigger of this case. Most people can fight yeast infections, but a weak immune system or inherited disease puts the risk of infection high.