Africa will receive its first shipment of the COVID-19 vaccine donated by the United States next week, as the continent faces a spike in cases triggered by multiple variants of the coronavirus. 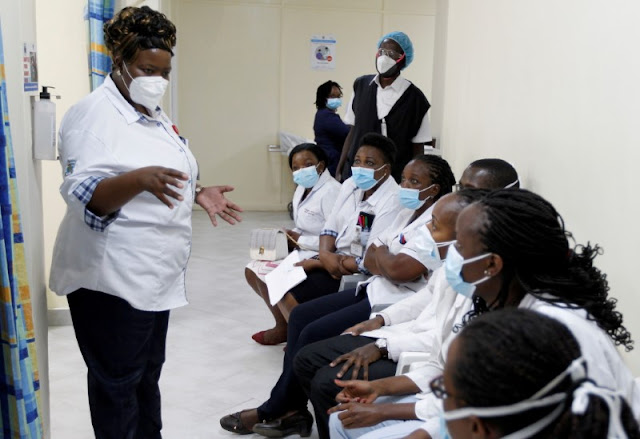 UMMATIMES - US President Joe Biden's administration announced last month it would donate 500 million doses of Pfizer's vaccine to the 100 lowest-income countries in the world and would not ask for anything in return for the vaccine. Strive Masiyiwa, a member of the African Vaccine Acquisition Trust which helps coordinate the distribution of vaccines donated by the US, said the donation consisted mostly of doses of Pfizer and some Johnson & Johnson vaccines.
"We started sending US donations this weekend. So some countries will start receiving deliveries early next week i.e. Johnson & Johnson, others will accept Pfizer shipments. Neither country will receive both," Masiyiwa said in an online media briefing from the Center. Disease Control (CDC) Africa, Thursday (1/7).
The continent is lagging behind in vaccinating its population, with only 1 percent fully inoculated, said CDC Africa Director John Nkengasong. Africa aims to get 800 million doses of the vaccine by December this year but has only received 65 million doses so far, Nkengasong said.
Separately, World Health Organization (WHO) Africa chief Matshidiso Moeti warned that a third wave of the coronavirus to hit the continent was "unlike anything we've seen before."
Moeti said the spike in cases was driven by the more contagious variant of the virus. "The Delta variant of concern is the most contagious we have seen. So far it has been found in 16 African countries, including three of the five countries that reported the most new cases," Moeti told reporters on Thursday.
He urged immediate action from rich countries to share vaccines. Currently, more than 1 percent of Africans have received the full dose of vaccine, compared to 11 percent of the global population and 46 percent of the population in the UK and US who have been vaccinated.
"Africa must not be allowed to languish in the throes of its worst wave," said Moeti.