After Netanyahu steps down, Jordan-Israel relations begin to recover

After Netanyahu steps down, Jordan-Israel relations begin to recover

Israel-Jordan relations were marked by tensions during the tenure of former Israeli Prime Minister Benjamin Netanyahu, which lasted about 12 years from 2009 to 2021. However, less than a month after the formation of a new Israeli government led by prime minister Naftali Bennett, it appears that relations between the two countries are starting to improve. 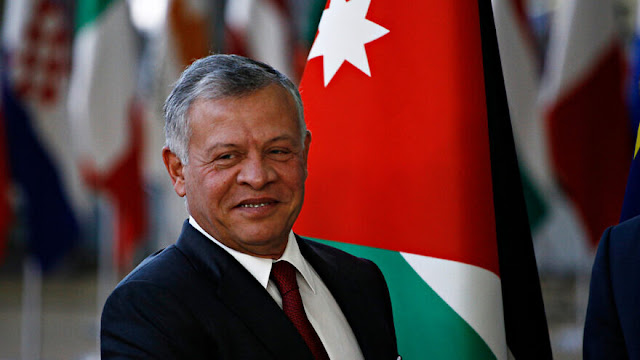 UMMATIMES - The foreign ministers of the two countries, Ayman Safadi from Jordan and Yair Lapid from Israel, revealed their meeting in Jordan on Thursday (15/7). On the same day, Israeli media revealed a secret meeting that Bennett had with Jordan's King Abdullah II in Jordan.
The Amman and Tel Aviv authorities did not officially confirm the meeting, but neither did they deny it.

Israel's Walla news website, which was the first to reveal a meeting between Bennett and King Abdullah II, said the meeting was the first between the Jordanian king and Israeli prime minister in five years. Yoni Ben Menachem, an Israeli political analyst, said in a statement to Anadolu that three issues dominated the meeting. Namely the situation at al-Aqsa Mosque, the two-state solution, and bilateral relations between the two countries.
Ben Menachem noted the meeting was held days before King Abdullah II traveled to the United States to meet President Joe Biden, and became the first Arab leader to be a guest at the White House since the inauguration of a new American President on January 21, 2021.
He said, "King Abdullah's meeting with Biden on July 19 will precede Bennett's visit to Washington at the end of the month for a meeting with the US president."
Earlier last week, the King of Jordan received Palestinian President Mahmoud Abbas in an announced meeting in Amman, the Jordanian capital.
Ben Menachem last week said: "King Abdullah II is trying to get American and Israeli guarantees not to harm Jordan's guardianship of the holy sites in Jerusalem, especially al-Aqsa Mosque."
He continued, "Jordan has always accused Netanyahu of trying to end Jordan's guardianship of al-Aqsa Mosque in the interests of the Gulf states."