All Medals at the Tokyo Olympics Recycled Old Phones and Laptops

All Medals at the Tokyo Olympics Recycled Old Phones and Laptops

The medals at the Tokyo Olympics were made from recycling electronic equipment such as smartphones and laptops. This breakthrough became a pilot project that will be continued for future Olympics. 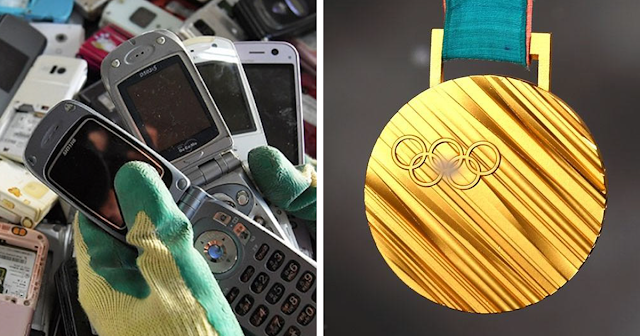 UMMATIMES - When athletes take the podium to receive the medals they won, not only the athletes are proud, but also the people behind the Tokyo Medal Project. For the first time, the medals were made from recycled old electronic equipment such as smartphones and laptops.
"This campaign asks the public to donate their old electronic devices to the project," Tokyo Olympics spokesman Hitomi Kamizawa. "We are grateful for everyone's cooperation."
In today's various electronic devices, there are precious metals worth billions, such as gold and silver. However, because the price of the equipment is getting cheaper, many people just throw away their old equipment. If these items are properly collected and recycled, these valuable materials can still be used.

Over the course of two years, the Tokyo Medal Project collected enough materials to be recycled into about 5,000 bronze, silver and gold medals to be distributed to the winners at the Tokyo Olympics. Up to 90% of cities and villages in Japan are participating in this project, by setting up collection points for used electronic equipment. Hundreds of thousands of Japanese people donated old electronic devices that they no longer use. 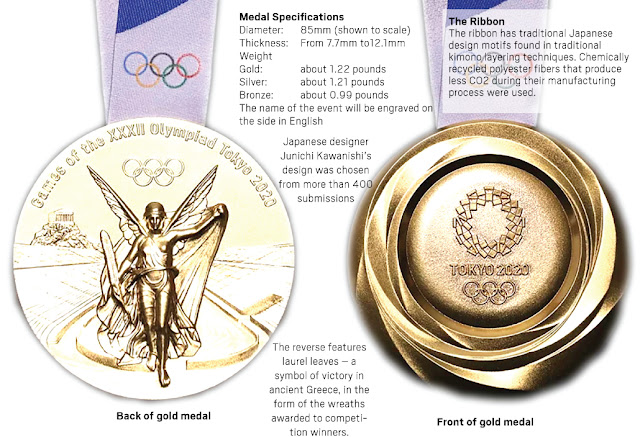 Overall, the recycling campaign resulted in approximately 32 kilograms of gold, 3,750 kg of silver and over 2,400 kg of bronze. The items collected all weighed nearly 80 tonnes, said Hitomi Kamizawa.
One of the main companies involved is Renet Japan Group whose business philosophy revolves around sustainability. "We developed a waste management movement for the medal project with the cooperation of many stakeholders, from the Japanese government to local communities," Renet Japan Group Director Toshio Kamakura.
When the project was launched in April 2017, there were only about 600 cities participating. By the end of the project in March 2019, more than 1,600 cities had participated. The organizers did hold massive promotions and opened up various collection points to make it easier for people to contribute, said Toshio Kamakura.
Collecting used electronic devices is only the first step. After the dismantling process, there is an extraction and refining process by the contractor, the recycled materials are then printed into the design concept created by Junichi Kawnishi - the winner of a test design competition that beat 400 other contestants.

Pilot project for the future

Japan will be the first country to issue all Olympic medals made from recycled materials. The concept already started at the 2016 Rio Olympics, where 30% of gold and silver medals were obtained from recycled materials. Welcoming the Paris Olympics in 2024, this medal recycling project will continue.
Worldwide in 2019 there were about 53.6 million tons of e-waste, or an average of about 7.3 kilograms for every world population. That much trash could fill 350 of the largest cruise ships in existence today, the United Nations says.
E-waste is increasing rapidly with the high demand for electronic gadgets, most of which are produced for short life cycles. Because of this, a broken phone or tablet is rarely repaired. Of that much waste, only about a fifth is recycled.