America has updated its list of countries involving children in its military operations. The newly added country is Turkey. According to the US government, Turkey has been recruiting child soldiers over the past year and placing them in the Sultan Murad Division in Syria and Libya. 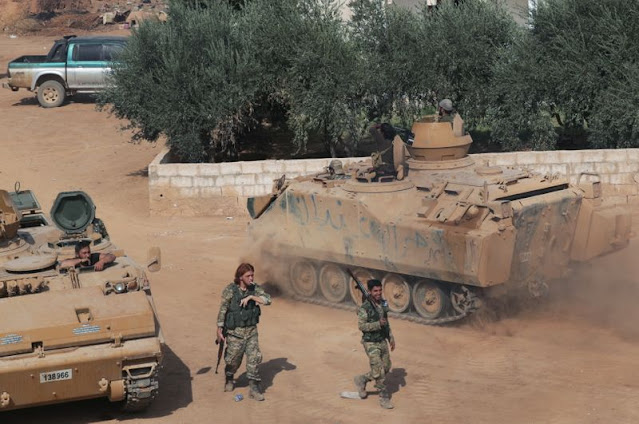 UMMATIMES - "With all due respect to Turkey, this is the first time a NATO member has been included in the list of prevention of child soldiers. As a member of NATO, Turkey has the opportunity to respond to this content, regarding the recruitment and use of child soldiers in Syria and Libya," said the Foreign Ministry. America in a press statement, Thursday, July 1, 2021.
So far, Turkey has often carried out cross-border operations in Syria and Libya. In Syria, for example, Turkey has conducted cross-border military operations three times. There, they targeted the ISIS terrorist group as well as the Kurdish militia backed by America.
In carrying out cross-border military operations, Turkey often uses the "services" of Syrian combatants. They were included in the ranks of his army. This step is often disputed by the UN Human Rights Council because the combatants involved in Turkey often attack civilians, steal or kidnap. Turkey denies the accusations.
Well, the involvement of children has never been revealed before. Turkey, as of this writing, has not yet provided an answer to America's move.
With Turkey's inclusion in the list of countries involving child soldiers, Turkey will be the subject of sanctions. The sanctions can be in the form of canceling military assistance or granting commercial licenses for military equipment.
According to a Reuters report, what is noteworthy about the American move is its implications for negotiating Afghanistan's security. As per this report, the two countries are negotiating to allow Turkey to guard the airport in Kabul, Afghanistan after the American troops withdrew.
Turkey reportedly offered its assistance to America, but asked for financial and operational assistance. U.S. President Joe Biden, in a meeting with Turkish President Recep Tayyip Erdogan last month, promised there would be assistance, but it was not clear when.