As many as 91 percent of children in Gaza are traumatized

As many as 91 percent of children in Gaza are traumatized

The latest data from the Euro-Mediterranean Human Rights Monitoring Agency says nine out of 10 children in the Gaza Strip are traumatized. This condition occurred after the Israeli attack in May. 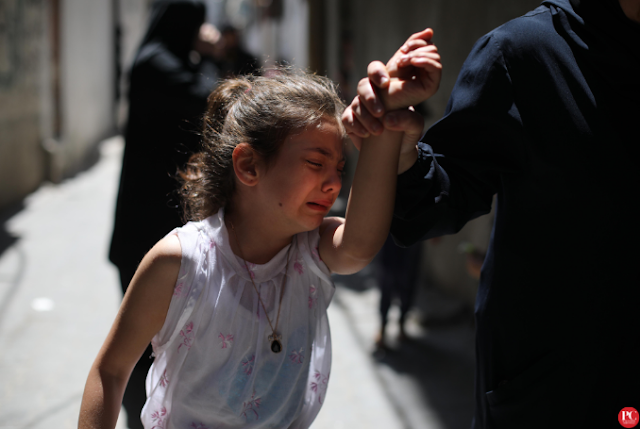 UMMATIMES - In a new report released today, the Euro-Med Monitor documents the plight of two of the most vulnerable groups in the besieged Strip, namely women and children. The report, entitled One War Older, states that about 50 percent of the two million people in the Gaza Strip are children under 15 years old, and 49 percent are women.
The organization indicated that during the recent conflict in the Gaza Strip, Israel carried out a disproportionate attack on densely populated neighborhoods with a majority of children and women inhabited.
In addition to the high number of deaths and injuries among children and women, the Euro-Med Monitor said that 241 children lost one or both parents in the bombings. Including about 5,400 children lost their homes (totally destroyed or badly damaged), and 42 thousand children's houses were moderately damaged.
The report comes after more than five weeks of field research by the Euro-Med Monitor team, which documented hundreds of cases of direct targeting of civilian homes containing large numbers of women and children in the Gaza Strip.
The Euro-Med Monitor shows that 72,000 children fled to UNRWA schools or relatives' homes during the Israeli offensive, while more than 4,000 children remain displaced today.
Mariam Dawwas, a field researcher at Euro-Med Monitor, said that she and the field team documented hundreds of cases of direct targeting of civilians in their homes.
An unprecedented large-scale and vicious attack in the Gaza Strip.
“There is not much difference from the previous three military strikes on Gaza, except for one thing; Today I am among those I document and photograph. I ran with them screaming for my little daughter and left my house after Israeli fighter jets targeted the building," he said.
"Today, my three-year-old daughter Sophie and I are still trying to live a normal life while experiencing post-traumatic stress disorder (PTSD) like most of Gaza's population," he added.
The report also shows that nearly 2,500 pregnant women who are due to give birth in the next three months may experience complications during childbirth. Possibly as a direct or indirect effect of the Israeli attack.
Sixty-six children were also reported killed in Israeli bombings in Gaza in 11 days, while at least 470 children and 310 women were injured.
Last May, the Euro-Mediterranean Human Rights Monitor released its first report on Israel's military offensive in Gaza, entitled "Hell Inescapable", which documented cases of mass targeting of families and infrastructure.