Azerbaijan has proposed starting bilateral negotiations with Armenia to define their common border. This was stated by the country's foreign minister Jeyhun Bayramov on Wednesday (1/7). 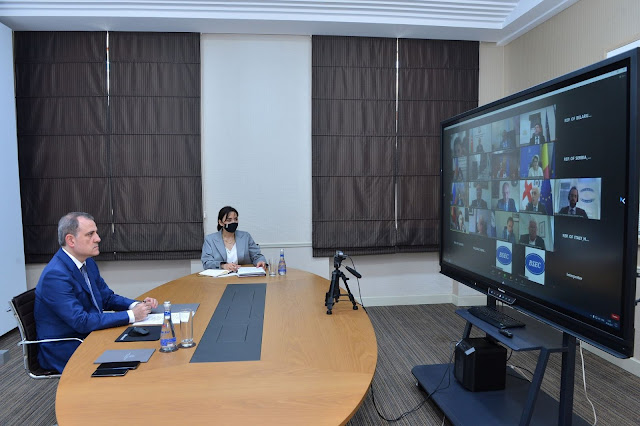 UMMATIMES - "We propose to start bilateral talks on delimiting the border line with Armenia. Azerbaijan expects a positive response from Armenia," Bayramov said while speaking at the Council of Foreign Ministers of the Organization of Black Sea Economic Cooperation (BSEC).
After restoring its territorial integrity after liberating the Karabakh region from Armenian occupation last year, Baku is determined to normalize relations with Yerevan on the basis of respect for its sovereignty, territorial integrity and internationally recognized borders, which are inviolable, Bayramov said at a video conference.
He said there is no alternative but to establish good neighborly relations with Armenia to maintain long-term peace and stability in the region.
Bayramov added that Azerbaijan has finished building border control infrastructure along its border with Armenia after a 44-day conflict in which the country regained its state borders after nearly 30 years of occupation.
Anti-Azerbaijani rhetoric in Armenia has raised serious concerns in Baku, Bayramov said, adding that such rhetoric, which unites the Armenian government and opposition, threatens the already fragile normalization process between the two countries.
In 1991, the Armenian military occupied the internationally recognized Nagorno-Karabakh territory of Azerbaijan, and seven other adjacent territories.
On 27 September 2020, the Armenian army launched an attack on Azerbaijani civilians and troops and violated several humanitarian truce agreements.
During the following 44 days of conflict that ended under an agreement signed on November 10, Azerbaijan liberated several towns and nearly 300 settlements and villages from Armenian occupation.