American ice cream brand Ben & Jerry's said Monday it would stop marketing its products in the Israeli-occupied Palestinian territories, saying sales there were "inconsistent" with the company's values. 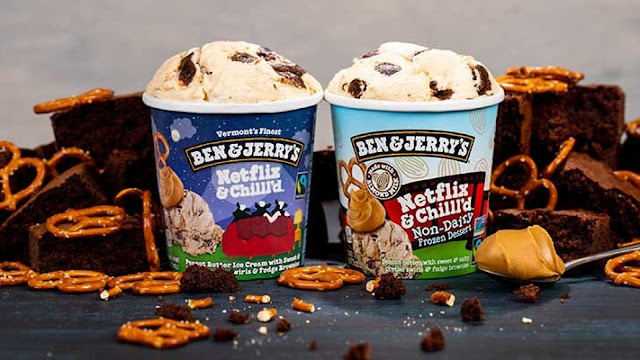 UMMATIMES - The South Burlington, Vermont-based company, which is owned by Britain's Unilever Plc, has come under pressure from pro-Palestinian groups over its business in Israel and Jewish settlements in the West Bank, which it has handled through partner licensees since 1987.
On Monday, Ben & Jerry's said it would not renew its licensing agreement with its Israeli partner when it expires at the end of next year. However, Ben & Jerry's will remain in Israel under a different arrangement, with no sale in the Palestinian territories.
Unilever, in a separate statement, said it remained "fully committed" to its presence in Israel, and said it had always recognized Ben & Jerry's right "to make decisions about its social mission".
"We also welcome the fact that Ben & Jerry's will remain in Israel," Unilever said.
The main settler movement, Yesha, criticized the move and called on Ben & Jerry "to reverse its discriminatory decision".
en & Jerry's operates a manufacturing facility and two stores in Israel, which they claim on their website are outside the occupied territories, just south of Tel Aviv.
Ben & Jerry's was acquired by Unilever in 2000 in a unique deal that allowed it to operate with greater autonomy than any other subsidiary.
Ben & Jerry's is using that freedom to pursue cultural and social missions that have recently included strongly supporting the Black Lives Matter movement, LGBTQ+ rights and election campaign finance reform.
More than 440,000 Israeli settlers live among about 3 million Palestinians in the West Bank, land that Israel captured and occupied in the 1967 war.
Most countries consider Jewish settlements on Palestinian land illegal, but Israel denies this.