Billionaire Jeff Bezos said he was willing to recoup or pay $2 billion of the costs incurred by NASA for the human-to-moon landing mission. That much money will be paid by Bezos if the US space agency is willing to give the mission contract to his company, Blue Origin. 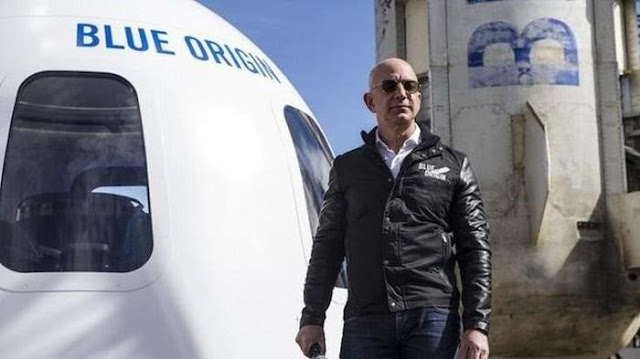 UMMATIMES - Citing a Reuters report on Tuesday, Bezos told NASA administrator Bill Nelson in a letter that he would cover up to $2 billion for this year and the following year. In exchange, Blue Origin will receive a contract at a fixed price and cover excess system development costs.
Bezos' "discount" offer comes six days after he launched a New Shepard Blue Origin rocket and capsule with his three crew. "NASA veered from its original dual-source acquisition strategy due to perceived short-term budget issues, and this offer removes that bottleneck," Bezos wrote.
"Without competition, NASA's short- and long-term lunar ambitions would be delayed, would ultimately be more expensive, and would not serve the national interest," he added.
Previously, in April NASA had awarded a contract for Elon Musk's SpaceX, Bezos' rival, for $2.9 billion to build the spacecraft. At the time, NASA turned down offers from Blue Origin and defense contractor Dynetics.
For information, NASA's mission this time is named Artemis and will return to bring astronauts to the moon in 2024 after the last time was carried out in 1972. As reported by Reuters, a NASA spokesman said the agency was aware of Bezos' letter, but declined to comment further. On the other hand, a SpaceX spokesperson did not respond to requests for comment either.