President of the United States (US) Joe Biden held talks with Jordan's King Abdullah II in the Oval Office on Monday (19/7). 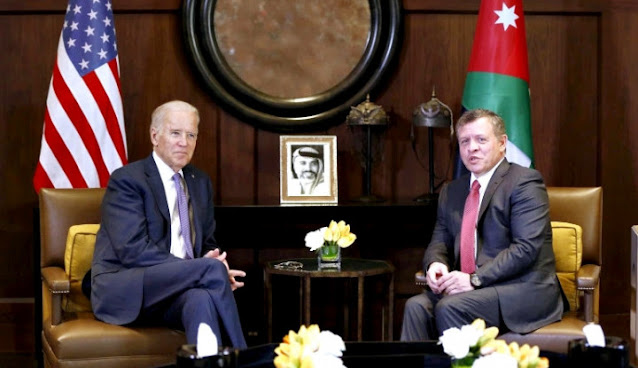 UMMATIMES - King Abdullah II met Biden for the first time since the US president took power in January. Biden called the king a good, loyal and good friend.
"You have always been there, and we will always be there for Jordan," Biden told reporters during the shoot.
Biden said he wanted to hear about developments in the Middle East from the Jordanian king. "You live in a harsh environment," he said.
King Abdullah II said his region had many challenges. "You can always count on me, my country and many of our colleagues in the region," he told Biden.
Jordan's supreme leader will have breakfast with Vice President Kamala Harris on Tuesday (20/7) at the vice president's residence. He will also meet with Foreign Minister Antony Blinken at the State Department.
The figure of King Abdullah II plays a unique role in the Middle East. He is seen by US officials as a moderate and pragmatic leader who can play a mediating role. He is also the first Middle East leader to visit the Biden White House, followed by Iraqi Prime Minister Mustafa al-Kadhimi on July 26. US and Israeli officials are working to schedule an immediate meeting between Biden and new Israeli Prime Minister Naftali Bennett.
A senior Biden administration official said the president's talks with King Abdullah II were expected to touch the way forward for Israel and the Palestinians. Moreover, Bennett recently succeeded Benjamin Netanyahu as prime minister of Israel. Tensions remain high after the 11-day war in May between Israel and Hamas in Gaza.
According to the source, another potential topic is the future of Donald Trump's Abraham Accords which has already reached a normalization agreement reached between Israel and four Arab countries. In addition, the issue of negotiations with Iran regarding its nuclear program and the Syrian humanitarian crisis will also be discussed.