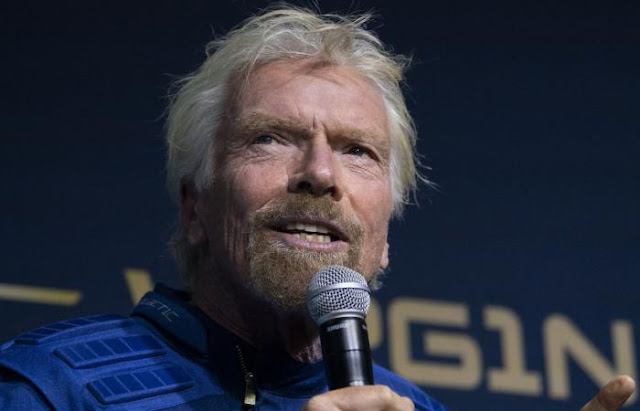 UMMATIMES - Branson's flight will use the VSS Unity spacecraft and this will mark an important milestone in the race for a new era of commercial space travel.
Virgin Galactic Holdings said Branson's flight into space on July 11 will be VSS Unity's 22 space test flight. There will be a total of four crew on the flight.
Branson's plan to fly into space on July 11th means that Branson will go first into space than Bezos, who is Branson's space tourism rival. Bezos is scheduled to fly into space on July 20, 2021 with his brother Mark and female pilot Wally Funk.
Reuters previously reported at the end of last month that Branson was considering flying into space ahead of Bezos' plans.
In addition to Branson and Bezos, the competition to provide space tourism is also being followed by SpaceX CEO Elon Musk. However, he has yet to determine when he will fly into space.
Travel to space will be an impossible thing because it is followed by technological developments and flight costs are starting to fall. UBS estimates the space tourism market by 2030 will be worth USD 3 billion.