Brazil's Amazon region in June recorded the most forest fires in 14 years. 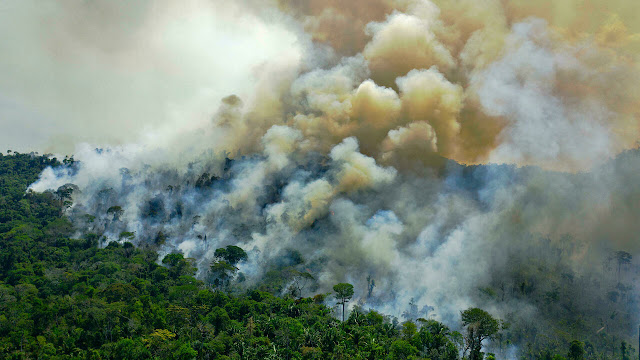 UMMATIMES - "There were 2,308 hotspots identified by our satellite during the month of June, an increase of 2.6 percent compared to June last year," said the National Institute for Space Research (INPE).
June marks the beginning of the dry season in the Amazon.
The previous record high was reported in June 2007, when 3,519 fires were seen in the region. The record high for June was in 2004, with 9,179 fires.
Greenpeace Brasil says the increase in Amazon forest fires is linked to deforestation and climate change, as well as anti-environmental policies during the administration of President Jair Bolsonaro.
"Unfortunately, this record for June is not surprising given the continuity of the current administration's anti-environmental policies," said Amazon Greenpeace Brazil campaign spokesman Romulo Batista.