The Canadian government is planning to relocate Afghans who are threatened by the Taliban. They include hundreds of vulnerable Afghan translators and embassy staff and families amid the withdrawal of US troops from the country. 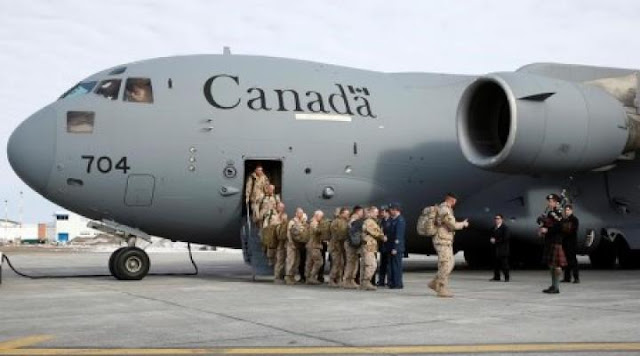 UMMATIMES - Canada's combat mission in Afghanistan ended a decade ago. It comes after the country resettled some 800 Afghans who had worked for the country as translators or in other roles.
Now the translator who remains in Afghanistan and the Afghan staff at the Canadian embassy in Kabul want to leave. "Canada wants to take them in as immigrants," said a government source who asked to speak on condition of anonymity because of the sensitivity of the information.
The source said there were about 45 embassy staff and their families, for a total of about 235 people, and at least 40 translators and their family members. Canada wants to get them out as soon as possible. However, the source could not give an exact time limit.
"They may come as resettled refugees or in other immigration flows," the source said. However they may be granted permanent resident status upon arrival.
The move comes as the US searches for a country to accept thousands of Afghans who worked for the US military during the 20 years spent in the country. The source said Canada has no plans to accept Afghans working for the US.
Last month, Human Rights Watch called on countries involved in Afghanistan, including Canada, to speed up visa processing and relocation for Afghan translators and other employees. "Afghans working with foreign forces or embassies face a grave risk of retaliation from the Taliban," Asia Associate Director Patricia Gossman said in a statement.