China not on US diplomat's tour agenda

China not on US diplomat's tour agenda

The United States Department of State (US) announced next week that US Deputy Secretary of State Wendy Sherman will visit Japan, South Korea and Mongolia. He did not stop at China as predicted by foreign policy observers and was reported by a number of media. 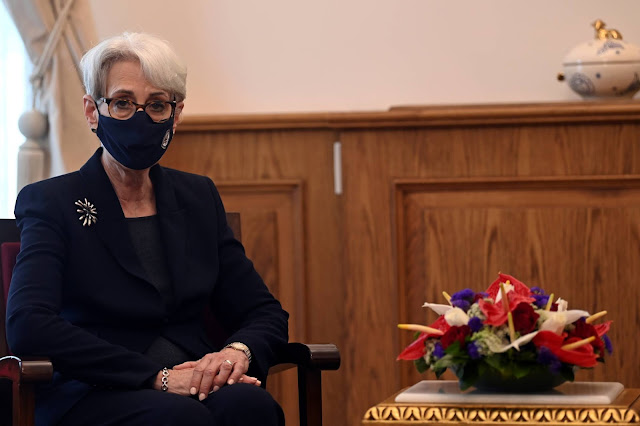 UMMATIMES - After Thursday's announcement, a source said Washington was preparing sanctions against Chinese government officials for its crackdown on Hong Kong's democracy. The US is also rumored to be issuing a warning to international businesses about the deteriorating conditions in the city.
Asked about the plan at a press conference with German Chancellor Angela Merkel, US President Joe Biden said the situation in Hong Kong was 'deteriorating'.
Relations between the US and China have deteriorated further since Beijing expressed anger over Washington's sanctions at a high-level diplomatic meeting in Alaska last March. Since then there have been few high-level and face-to-face meetings between the two countries.
Prior to the meeting Washington took many steps including starting to revoke China's telecommunications licenses, sending court invitations to Chinese technology companies over national security issues and renewing sanctions for its crackdown on Hong Kong's democracy.
Sherman's trip will be his second tour of Asia in two months. Previously, he visited Indonesia, Cambodia and Thailand in May and early June.
The US State Department said he would discuss matters with the Japanese government. Including the climate change crisis and efforts to improve global health security.
The ministry added that Sherman and his colleagues in Japan and South Korea will hold a joint meeting. They will discuss cooperation in dealing with North Korea and other issues such as climate change and global health.
He will then hold a meeting in Seoul before leaving for Ulaanbaatar to strengthen the US-Mongolia Strategic Partnership. The ministry added the tour would take place from July 18 to 25.
"(Sherman) will reaffirm the United States' commitment to working with allies and partners to promote peace, security and prosperity in the Indo-Pacific, and to maintain international order based on rules," the State Department said, usually used to pressure China.