The Chinese judiciary has again sentenced a citizen to death who was found to have committed a serious violation of the Covid-19 health protocol. 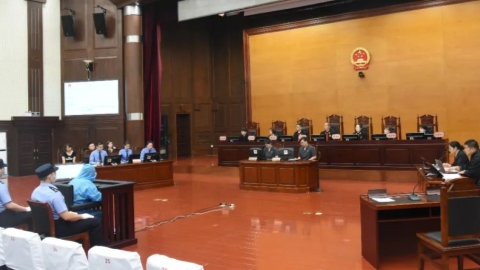 UMMATIMES - The high court in Harbin City, Heilongjiang Province, Thursday (15/7), sentenced Chen Chenlong, a 42-year-old man, to death. Chen was arrested by the police on February 8 on charges of killing Zhang, who was carrying out his duties guarding the entrance to a residential area in Hulan District, Harbin City, to control Covid-19.
Zhang's life was not saved because of heavy bleeding from knife stabs in the abdomen, shoulders, and arms. In addition to the death penalty, the defendant was also fined 656,500 yuan or around Rp 1.47 billion for his actions.
The panel of judges of the Harbin High Court decided the case on the basis that the defendant committed a serious crime by killing a volunteer after not complying with the prokes so that he deserved a severe sentence, according to an excerpt of the verdict published by the Global Times, Friday (16/7). News of the death sentence received great attention from Chinese netizens and they supported the actions of law enforcement officials. The news has been viewed 10 million times when uploaded on Sina Weibo since the verdict was made public.
This is the second case of violation of the Covid-19 process in China that ended in a death sentence. Previously, Ma Jianguo, the perpetrator of the murder of two road portal guards for the Covid-19 prokes in Yunnan Province, was executed on July 9, 2020.
The execution of the 24-year-old man came after the Supreme Court of the People's Republic of China upheld the high court's decision. Throughout 2020, the Supreme People's Republic of China Procuratorate has arrested and processed more than 7,200 cases of violations of the Covid-19 process and 11,200 people have been sentenced to prison.