Colombia gave the green light on exports of dried marijuana for the medical and other industries Friday (23/7). The country is taking another step towards developing the cannabis industry which is progressing slowly despite its high potential. 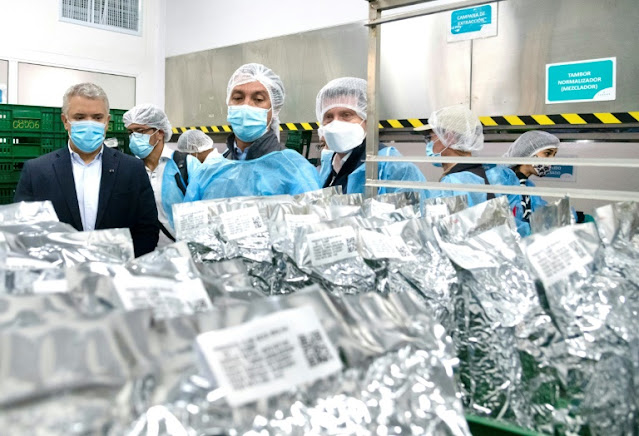 UMMMATIMES - President Ivan Duque signed a decree lifting the ban on the export of dried cannabis flowers. The directive also allows for expanding sales of cannabis-based drugs and streamlining regulatory procedures.
"This means Colombia can step in to play a big role in the international market," Duque said.
This policy is a step that is considered important by investors. Investors have long complained about the tortuous export approval process.
Duque said the new rules would allow Colombia's cannabis industry to expand into food and beverage, cosmetics and other sectors. Currently, Latin American cannabis exports could be worth six billion US dollars.
Colombia has been hailed as a pioneer in regulating the possession, production, distribution, commercialization and export of cannabis-derived seeds, plants and substances. The country has produced cannabis preparations such as oils, creams, and extracts for medicinal purposes.
"Removing the ban on the export of dried flowers will initiate a regulatory process that we hope will be carried out in great detail, to the highest international standards," said Juan Diego Alvarez, vice president of regulatory affairs for cannabis producer Khiron.
The Colombian cannabis industry association, Asocolcanna, urged the country to seize the opportunity to take advantage of its competitive advantage. "It is imperative for Colombia to reach its potential at a time when the global cannabis industry is being perfected," Asocolcanna said in a letter published on its website.
In countries where the medicinal cannabis industry has more mature regulations such as the United States, United Kingdom, Germany and Israel, dried marijuana is the most growing market sector. Its sales account for more than 50 percent of all types that are legal in circulation.