The daily number of coronavirus cases in South Korea reached 800 on Thursday (1/7). This number is the highest since January 7. 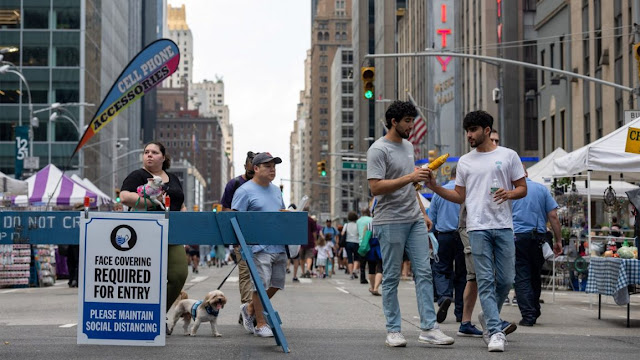 UMMATIMES - "This is due to new cluster infections and the spread of the highly contagious Delta variant, officials said on Friday.
The government has relaxed social distancing measures starting this month as the daily tally has hit around 500 over the past few months and the country's vaccination efforts have accelerated. But just days before the relaxed restrictions took effect, the number jumped to nearly 600 and then nearly 800 this week mainly because of the new outbreak in the capital Seoul and surrounding areas.
That prompted authorities there to delay easing for a week. "More than 80 percent of new cases came from the Seoul metropolitan area for the third day in a row due to cluster infections from restaurants and private educational institutions," said Interior and Security Minister Jeon Hae. -cheol.
"We are very concerned that the virus will spread further as there are clear signs of increased activity outside among people, and an increase in the number of cases of the highly contagious Delta variant.