The President of the European Commission, Ursula von der Leyen, condemned Hungary's adoption of a law prohibiting the "promotion" of homosexuality and gender change to minors. Ursula, also threatened to use European powers as treaty custodians against Hungary. 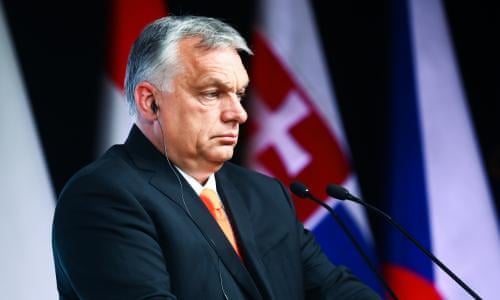 UMMATIMES - "If Hungary does not improve the situation, the Commission will use its powers as a custodian of the treaty," he said at the European Parliament.
For Ursula, the law is disgraceful and instead makes children the basis for individual discrimination against their rights. "Since the beginning of my mandate, we have initiated about 40 breach procedures related to the protection of the rule of law and other European values ​​enshrined in Article 2 of the Treaty," he said.
It did not stop there, the Deputy in the European Parliament, also asked the European Commission to act using Article 17. The rule, allows the suspension of certain rights of EU members, such as representation and voting, in the event of a violation of EU values.
For information, the latest law from Hungary which is considered controversial by the EU, prohibits the display of any content that promotes homosexuality. Including, banning the display of gender changes to those under the age of 18.
The rule, can only recommend films and programs with related content to those over the age of 18.