Countries across Europe are scrambling to speed up coronavirus vaccinations to deal with the spread of the more contagious delta variant. This effort was made to prevent hospital wards from being filled again with patients. 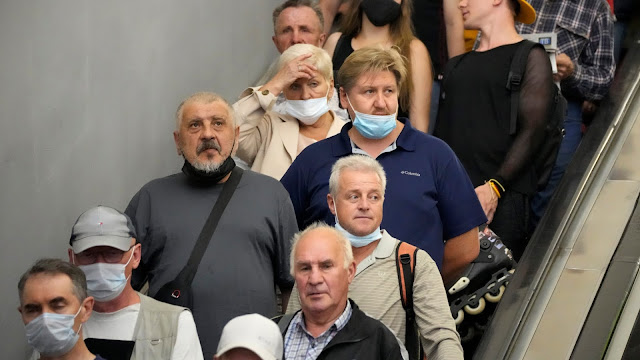 UMMATIMES - The urgency of vaccination coincides with the summer holiday months in Europe. Sunny weather brought more social gatherings and the government was reluctant to ban them. Social distancing is generally ignored, especially among young people. Some countries have also removed the requirement to wear masks outdoors.
Incentives for people to get vaccine injections were also carried out to attract people's interest. Some of those on offer include free groceries, travel and entertainment vouchers, and prize draws, even selling the spirit of patriotism.
The European Center for Disease Control (ECDC), says the risk of infection from the Delta variant is high to very high for partially or unvaccinated communities. The agency which monitors 30 countries on the continent expects the variant to cover 90 percent of cases in the European Union by the end of August. "It's very important to move forward with vaccine launches at a very fast pace," the ECDC warned.
The World Health Organization (WHO) has also expressed concern over the rapidly spreading virus in Europe. The WHO's Covid-19 technical lead, Maria Van Kerkhove, said the variant resulted in an exponential growth in transmission. The daily number of new cases has risen sharply in countries such as the UK, Portugal and Russia.
The UK reports cases of the delta variant have quadrupled in less than a month. Confirmed cases on Friday (2/7) showed an increase of 46 percent in the previous week.
Portuguese health authorities this week reported a noteworthy increase in the prevalence of the delta variant. The variant only accounted for 4 percent of cases in May but nearly 56 percent in June.
The country also reported its highest daily number of cases since February. The number of Covid-19 patients in hospitals has surpassed 500 for the first time since early April.
Reports of new infections in Russia more than doubled in June, surpassing 20,000 a day this week and deaths topped 679 on Friday. The report marks the fourth day in a row that the death toll has hit a daily record.
"No one wants a lockdown," Kremlin spokesman Dmitry Peskov told a briefing, though acknowledging that the virus situation in some parts of Russia was starting to get tense.
The Dutch government has also expanded its vaccination program to the 12-17 year age group to help prevent the dreaded new spike. Greece is offering a 150 euro credit to young adults after their first vaccine injection.
Meanwhile, the Roman authorities are considering using a van to vaccinate people on the beach. Poland last week voted to launch a lottery open to fully vaccinated adults only, with a new car among the prizes.