Ex Cardinal McCarrick charged with molesting a teenager in 1974

Ex Cardinal McCarrick charged with molesting a teenager in 1974

Former Roman Catholic Cardinal Theodore McCarrick has been charged with molesting a 16-year-old boy during a 1974 wedding reception, becoming the highest-ranking U.S. Catholic official to be criminally prosecuted for sexually abusing a minor. 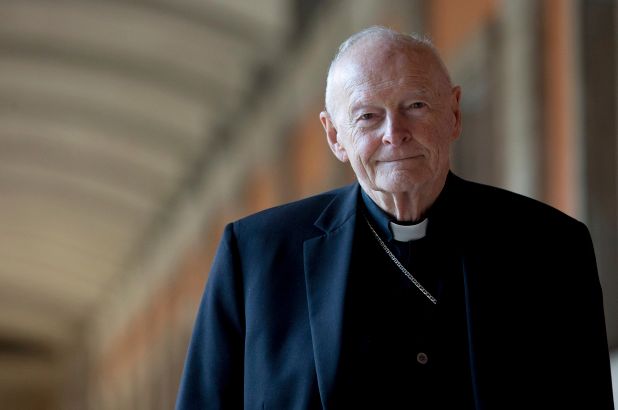 UMMATIMES - The alleged victim's lawyer, Mitchell Garabedian, who represents many church sexual abuse victims, said McCarrick was the first U.S. cardinal to be charged with a sexual crime against a minor.
"It takes an enormous amount of courage for a sexual abuse victim to report having been sexually abused to investigators and proceed through the criminal process," he wrote in an email.
However, the statute of limitations in the Massachusetts case was frozen when McCarrick left the state because he was not a state resident, according to the Boston Globe, which first reported the charges.
McCarrick, who currently lives in Dittmer, Missouri, is scheduled to be arraigned in Massachusetts on Sept. 3, according to a spokesperson for the Norfolk County district attorney's office.