North Korean leader Kim Jong-un said he would encourage his country to improve relations with China. This was conveyed at a time when the crisis in North Korea deepened due to the pandemic. 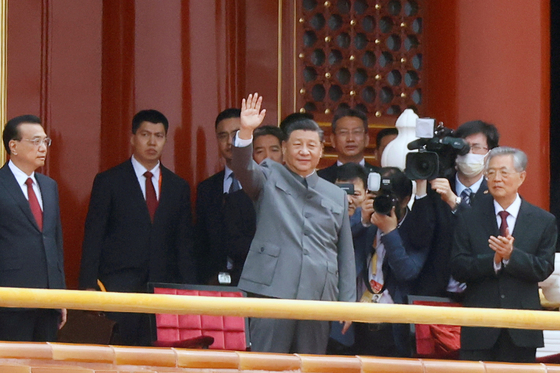 UMMATIMES - Kim made the comments while congratulating Chinese President Xi Jinping on the 100th anniversary of the Chinese Communist Party (CCP). "The Korean Workers' Party, with strong union with the CCP, will raise the (North Korea)-China friendship to a new strategic point as required by time and as desired by the people of both countries," Kim said on Thursday (1/7), reported North Korea's news agency, the Korean Central News Agency.
The day before, at a meeting of the Politburo of the North Korean Workers' Party, Kim said the anti-pandemic campaign had caused his country to experience a major crisis. Kim did not elaborate on this. But there is speculation that he would seek international help, including the delivery of vaccines.
North Korea maintains some strict Covid-19 containment measures, including a year of border closures. Such measures hit the North Korean economy hard, which has been hit by a crisis caused by international sanctions. Kim had said his country was facing the worst situation.
It is not clear when North Korea will reopen its border with China. So far there have been no reports that Pyongyang has received a Covid-19 vaccine. More than 90 percent of North Korea's trade transactions are carried out through China.
Beijing has long been suspected of failing to fully comply with UN sanctions imposed on North Korea. Experts say China is concerned that North Korea faces collapse and chaos because Beijing is reluctant to see refugees from North Korea flooding its borders.