The famous criminal journalist in the Netherlands, Peter R. de Vries, was shot in the street. Authorities say the journalist who is known for revealing the underground crimes is still in critical condition. 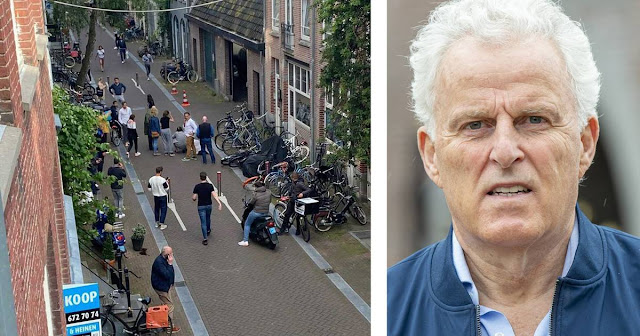 UMMATIMES - Police said they had arrested three suspects, one of whom was suspected of being the shooter. They declined to provide further details.
"He was seriously injured and fought for his life, he is a national hero for all of us, it is rare for a brave journalist to tirelessly fight for justice," said Amsterdam Mayor Femke Halsema, Wednesday (7/7).
Police sealed off the shooting scene near Leidseplein square. They collected video footage, eyewitness statements and forensic evidence.
In 2008, De Vries won an international news category Emmy Award for his investigative coverage of the disappearance of American teenager Natalee Holloway in Aruba in 2005.
Dutch Prime Minister Mark Rutte said the attack was "shocking and incomprehensible". "This is an attack on brave journalists and also an attack on the freedom of the press which is very important to our democracy," he said.
"We pray he survives," added Rutte.
Dutch television station RTL reported that De Vries had just left his studio in the center of Amsterdam. When one of five shots hit his head. Parool newspaper released photos at the scene showing a number of people gathered around lying on the road.
64-year-old De Vries is a celebrity in the Netherlands. He is often invited to be an observer on television crime programs and a source for criminal journalists about the authorities or underground crimes.
In the Netherlands, De Vries is also known for his extensive investigative coverage. One of the most famous is the kidnapping of beer entrepreneur Freddy Heineken in 1983.
He has received death threats from underground criminals because of a number of cases he has covered. In 2013 Heineken's kidnapper, Willem Holleeder, was found guilty of threatening De Vries. Holleeder is now in prison serving a life sentence for his involvement in five murders.
In 2019, Idouan Taghi, who is currently undergoing trial for murder and drug smuggling, issued an unusual statement. He denied threatening to kill De Vries.
De Vries had acted as counsel but was not a lawyer for a state witness identified as Nabil B. His testimony was against Taghi and his associates.
In September 2019, Nabil B., who had worked as a lawyer, was shot dead on a street in Amsterdam.