The French Senate on Wednesday adopted a controversial bill aimed at strengthening counterterrorism and intelligence measures. The bill, which was approved by the National Assembly earlier this month, was adopted by 251 votes. 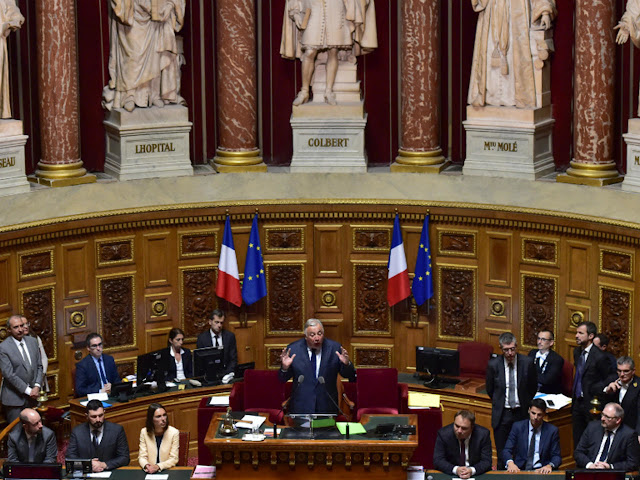 UMMATIMES - MPs voted in favor of several controversial articles, including internet surveillance. Government authorities can analyze internet browsing algorithms provided by telecommunications operators that may characterize a terrorist threat.
Defense Minister Florence Parly supported the article, which she said did not violate the privacy and personal data of citizens.
"This article does not mean a surveillance system that we often hear about so far. On the contrary, it becomes a detection tool that allows better targeting," he said.
Other controversial articles include the closure of places of worship and the blocking of secret access for a period of 50 years, which was criticized by a number of experts and academics.
In March, President Emmanuel Macron placed restrictions on access to classified National Defense documents, including those relating to the Algerian war, the Indo-China war, and World War II.
“Most of the archives are now inaccessible indefinitely,” explains the academic association.
Citizens Minister Marlene Schiappa also backed the bill, which she said was "important" to combating the terrorist threat.