Germany denies accusations of failing to prepare for floods

Germany denies accusations of failing to prepare for floods

German officials dispute the notion of doing too little to prepare for last week's massive floods. The government said the warning system was working, although the death toll from the country's worst natural disaster in nearly six decades rose above 160. 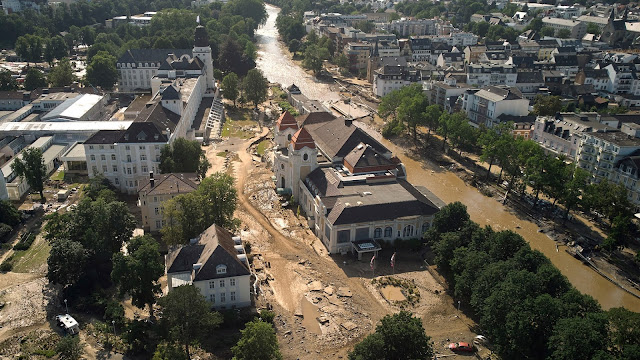 UMMATIMES - The Minister-President Bayem Horst Seehofer said in response that the German National Meteorological Service (DWD) issued an alert to the 16 German states. Then that information is passed on to districts and communities who decide at the local level how to respond.
"It is inconceivable that such a disaster could be managed centrally from one place. You need local knowledge," Seehofer . said
Seehofer said criticism of the emergency response was cheap election campaign rhetoric. The devastation caused by the floods by meteorologists is associated with the impacts of climate change. These conditions could shake up Germany's federal election in September, which hitherto rarely discussed climate.
The head of the federal disaster management agency, Armin Schuster, challenged claims his agency had done too little. He said the agency had sent 150 alerts, but it was local authorities who decided how to respond.
The DWD weather service has warned July 12 that heavy rains are heading towards western Germany and flooding is very likely. On the morning of July 14, it said on Twitter that the risk of flooding was increasing and asked residents to seek guidance from local authorities.
Floods have devastated parts of Western Europe since July 14, with the German states of the Rhineland Palatinate and North Rhine-Westphalia, as well as parts of Belgium, among the hardest hit. The high death toll has raised questions about why so many people were shocked by the flash floods. Opposition politicians say the death toll reveals a serious failure in Germany's flood preparedness.