Germany expressed deep concern over the recent political crisis in Tunisia, calling for the country to return to a democratic constitutional order immediately. 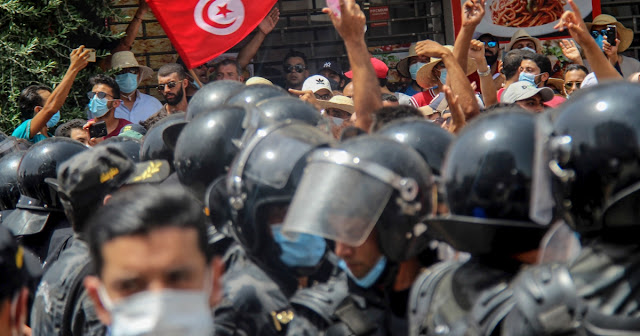 UMMATIMES - Foreign Ministry spokeswoman Maria Adebahr said they were following the development of the situation in the North African country after Tunisian President Kais Saied dissolved the government, suspended parliament and assumed executive authority.
"The Tunisian people want democracy and democracy has gained a foothold in this country," Adebahr said, stressing the importance of achieving democracy in the country since the 2011 Tunisian revolution.
He also expressed concern over mass protests against Saied's controversial move, which was seen as a coup against the revolution" by Tunisian Parliament Speaker Rached Ghannouchi.
Adebahr said Germany expected steps from Tunisia's political leaders towards a democratic and constitutional process.
“Now it is important to quickly return to the constitutional order. We call on all parties to guarantee the implementation of the Constitution, including civil rights and freedoms from our point of view," he stressed.
The spokesman also called for a constructive dialogue among leaders to overcome the crisis and accelerate political and economic reforms.
In recent weeks, mass protests erupted in Tunisia against the government amid the country's months-long economic and political crisis.