Greenland announced it will no longer issue exploration permits for oil and gas drilling in an effort to control climate change. 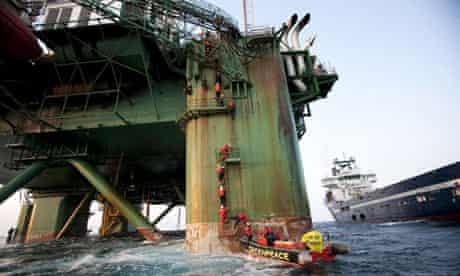 Greenland's ruling left-wing government says the price of mining for oil is too high and also takes into account the sustainable climate impact.
"This step is being taken for the sake of our nature, for the sake of our fisheries, for the sake of our tourism industry, and to focus our business on sustainable potential," the government, known as the Naalakkersuisut, said in a statement.
Greenland is believed to have a large number of unexplored oil deposits. One study cited in the statement estimates that there are billions of barrels of oil along Greenland's west coast and large deposits beneath the east coast seabed.
Oil was never found in Greenland, but there are believed to be large deposits, Norway Today reports.
However, from now on no new exploration permits will be issued, the government which took over in April announced Friday.
The decision by the coalition government that has been in office since May marks a major policy maneuver for Greenland, which once expected oil revenues as the fastest way to achieve economic independence that would propel it towards political independence from Denmark.
Greenland currently receives an annual subsidy of 3.9 billion kroner from Denmark, and it is hoped that these payments can be replaced by revenue from the two or three offshore finds that Greenland expects to hold.
But interest in drilling for oil in Greenland has waned in recent years. After the first well was drilled in 1975, exploration peaked in 2011, when there were 27 active permits, Arctic Today reported.
Currently, exploration is carried out in only four areas. None of Greenland's oil explorations will be affected by the decision, but it is unlikely that existing oil and gas drilling will yield commercially viable finds.