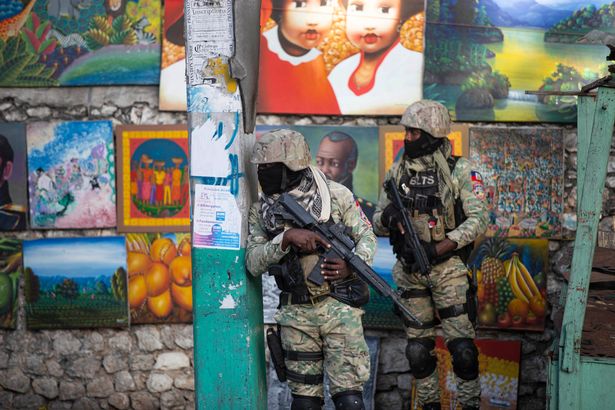 UMMATIMES - Haiti's Director General of Police, Leon Charles, said his party would not stop attacking until the armed group was stopped. All escape routes, he said, had also been closed so that the armed group would not be able to evade anywhere.
"We immediately blocked the path when they fled from the scene. Since then, we have continued to fight with them. We will stop them, dead or alive," said Charles, Thursday, July 8, 2021.
It was previously reported that Moise was murdered in the early hours of Wednesday at his home in Port-au-Prince. He was shot with his wife, Martine Moise. As per this news written, Martine is still struggling to survive in the hospital.
Moise's background has not been revealed in detail. Some of the information that is known is that they can speak Spanish and are disguised as members of the American Drug Enforcement Agency (DEA). The disguise allowed them to freely enter Moise's residence.
Haiti's Acting Prime Minister, Claude Joseph, immediately declared a national emergency in Haiti shortly after Moise was killed. The status will be in effect for two weeks to facilitate the pursuit of the armed group that killed Moise.
"I ask everyone to remain calm. The situation is under control. This barbaric act will not go unpunished," said Joseph trying to calm residents after the assassination of the President of Haiti.
Haiti, in recent years, has been hit by a crisis. The causes range from rampant corruption, the poor state of the economy, to the reduced reserves of basic commodities for citizens. This led to riots in various cities and an attempted coup against President Jovenel Moise.