The Hamas group condemned the Israeli settlers' plan to storm the Al Aqsa Mosque compound. Such action is considered as an attack on Islam's third holiest site. 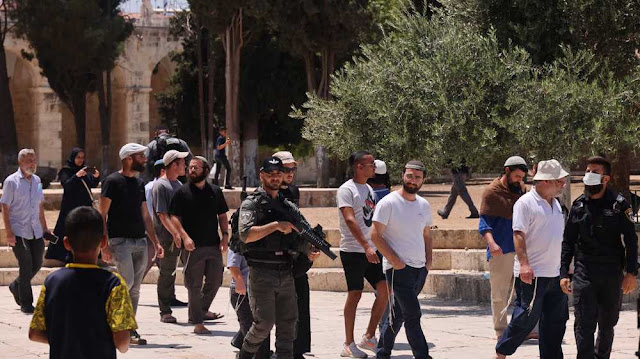 UMMATIMES - "This attack by an extremist settler group under the protection of the (Israeli) occupation forces constitutes an attack on our holy site," Hamas spokesman Hazem Qasem said in a statement.
Hamas called the action planned by the Israeli settlers a provocation. "This behavior is a provocation to the sentiments of Arabs and Muslims around the world and does not respect all international calls to condemn this attack," Qasem said.
Israeli settler groups have called for their followers to raid the Al Aqsa compound on Sunday. It was in order to mark what they called the destruction of an ancient Jewish temple. They believe Al Aqsa was built on the ruins of the temple.
The so-called Sovereignty Movement in Israel is also preparing to organize a march for settlers around Jerusalem's Old City walls on the same day. On Saturday (17/7), hundreds of Israeli Jewish settlers marched in occupied East Jerusalem. It was a prelude before starting the planned action on Sunday.
Tensions at the Al Aqsa compound were one of the factors that triggered the 11-day conflict between Israel and Hamas in the Gaza Strip in May. Israel's 11-day incursion into Gaza left at least 270 people there dead. Meanwhile, the injured victims were reported to have reached more than 1,900 people. Meanwhile, Israel reported at least 12 people were killed as a result of Hamas attacks.