Aid agencies have distributed strawberry-flavored tablets to children living with HIV in six African countries, which is the first generic pediatric version of a major anti-retroviral. This was stated by the global health agency UNITAID on Sunday (4/7). 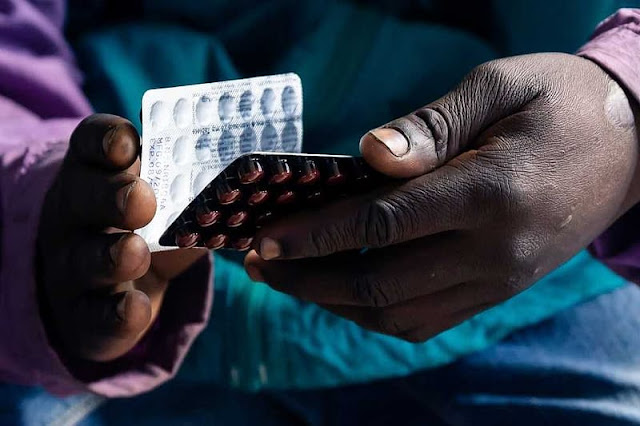 UMMATIMES - UNITAID funding and the Clinton Health Access Initiative (CHAI) purchased 100,000 packs of the dolutegravir formulation in Nigeria, Malawi, Uganda, Kenya, Zimbabwe and Benin, UNITAID spokesman Herve Verhoosel said in a statement to Reuters.
About 1.8 million children worldwide are living with HIV, but only half are receiving any treatment. Medicines are often difficult to give to children because of their bitter taste or improper dosage by reducing the portion of adult pills. About 100,000 children die of AIDS every year.
"With the recent delivery of formulations in the first six countries, this project is now a reality," said Verhoosel, who is visiting the United Arab Emirates, of the initiative which was first announced last December.
He said the procurement was designed to kickstart demand and that key donors had "rapidly moved to sustainable procurement, which would enable national scale-up and broad access for all eligible children at an unprecedented pace". First-line HIV treatment is recommended by the World Health Organization from four weeks of age and 3 kilos, but has been out of reach for infants due to a lack of proper formulation.
UNITAID and CHAI have reached a price agreement with generic drug makers Viatris and Macleods for a dispersible pediatric dolutegravir formulation. Estimated costs for combination therapy will now be around US$120 (approximately Rp. 1.7 million) for the child's annual care, compared to US$480 (around Rp. 6.9 million) currently, making it a breakthrough for poor countries, said UNITAID .Verhoosel says the partnership with the Medicines Patent Pool enables voluntary licensing agreements in 121 countries.