Hong Kong Official Claims City is Back in Order

Hong Kong Official Claims City is Back in Order

Hong Kong's Acting City Leader John Lee said since Beijing enacted a national security law, the Asian financial hub had returned to order after being hit by a wave of unrest two years ago. 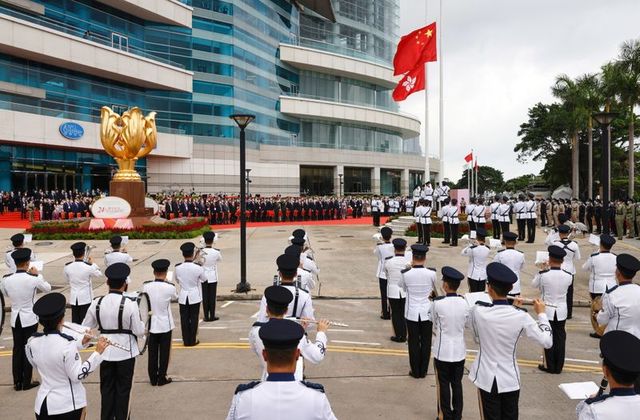 UMMATIMES - China enacted a national security law on June 30, 2020. Anyone found guilty of subversion, succession, terrorism and collusion with foreign troops can be sentenced to life imprisonment.
The national security law is Beijing's first step in pushing Hong Kong down an authoritarian path. It started with the 'only patriots rule in Hong Kong' campaign to reduce the representation of the pro-democracy wing in the legislature. Then followed by various selection mechanisms for politicians who come forward in the general election.
At a ceremony marking the 24th anniversary of Britain's return to China in 1997, Lee first spoke as acting city leader. The ceremony coincided with the 100th anniversary of the founding of the Chinese Communist Party.
City Leader Carrie Lam and other senior Hong Kong officials were invited to Beijing for the celebrations. Last week Lee was appointed as Lam's second-in-command after playing a key role in cracking down on protesters last year when she was security minister.
"In the next few years we will continue to maintain a stable stance to protect national security, Hong Kong is clearly in a state of resilience again," said Lee, Thursday (1/7).
Lee said the national security law and electoral reforms were created to "transform Hong Kong society from chaos to order". Critics say the government is using security laws to silence dissident voices.
Beijing and the Hong Kong city government deny the allegations. They say the legislation closes a 'gap' exposed in the anti-government protests in 2019.
When it was implemented last year, senior Chinese official Zhang Xiaoming called the new law a "birthday gift". So far, Hong Kong authorities have used the law to arrest 117 people, mostly pro-democracy politicians, activists, journalists and students.