A huge explosion rocked buildings in Dubai on Wednesday (7/7) night. Dubai authorities said there was a fire aboard a commercial ship docked at Jebal Ali Port.
UM 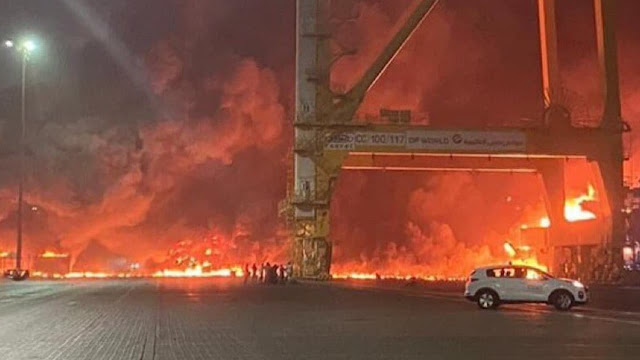 MATIMES - "A fire has been reported in a container on board the ship docked at Jebel Ali Port. A Dubai Civil Defense team is working to extinguish the fire," the Dubai Media Office said, quoted by Arab News, Thursday (8/7).
There were no casualties in the fire and the fire has been successfully extinguished. A video posted by Lovin Dubai shows a bright explosion recorded from the apartment tower.
A resident in Dubai said he heard the loud bang and felt their windows vibrate. A Dubai official told Al Arabiya that the fire was caused by a natural accident that occurred inside a container containing flammable materials.
The Jebel Ali Free Zone attracts nearly a quarter of foreign direct investment to Dubai, with more than 8,000 companies having operated in the commercial zone since its founding in the mid-1980s.