Watchdog Reporters Without Borders has placed Hungarian Prime Minister Victor Orban on its predatory list. This is the first time a Western European leader has been placed in the ranks of heads of state or government in a massive crackdown on press freedom. 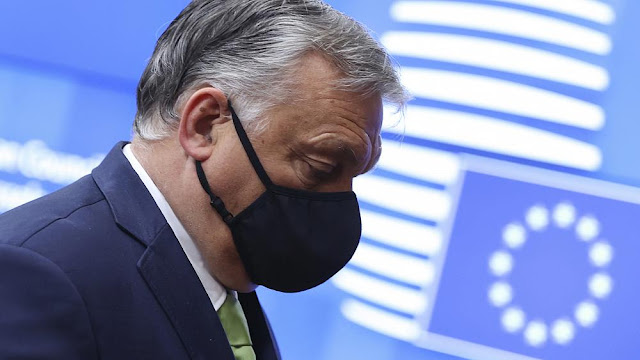 UMMATIMES - The Associated Press on Monday (5/7) said the published list included 37 leaders. Two women, Bangladesh's prime minister and Hong Kong's head of administration were also added to the list as well as Saudi Arabia's Crown Prince Mohammed bin Salman. It is the first time in five years that the organization known by its initials RSF has published a list of its predators of press freedom.
The report said Orban had steadily and effectively undermined pluralism and media independence since returning to power in 2010 using a variety of predatory techniques.
"His methods may be subtle or brash but are always efficient. Controls over 80 percent of the media through purchases by oligarchs close to Hungary's ruling Fidesz party. Private media in Hungary are discriminated against in access to government information and advertisements and demeaned as suppliers of fake news, ' said the report.
This led Hungarian government spokesman Zoltan Kovacs to criticize the French-based RSF. Kovacs said they should be called Fake News Without Borders. "The report is part of the latest wave of attacks against Hungary," he said.
The RSF report also describes its repressive methods including spying and threats that sometimes lead to kidnapping, torture and other unthinkable acts. The gruesome murder of Jamal Khashoggi exposes the predator's utterly barbaric methods.
"Khashoggi was a Saudi journalist who visited the kingdom's consulate in Istanbul to obtain documents for marriage and was brutally murdered in it in 2018," the report said.
In addition, women's names also appear on the predatory lists of the press. One of them is Carrie Lam. The chief executive of the Hong Kong Special Administrative Region has proven to be a puppet of Chinese President Xi Jinping and is now openly supporting his predatory policies towards the media.
Lam's latest move was to shut down Hong Kong's leading independent newspaper, Apple Daily, and jail its founder, Jimmy Lai. Carrie joins the list of predators with Sheikh Hasina, Bangladesh's prime minister since 2009.
"We must not allow their methods to become normal and new," the report said.