Iran announced it was re-imposing social distancing rules in major cities. Because, it is feared that the more contagious Delta variant of the corona virus could trigger a spike in infection cases. 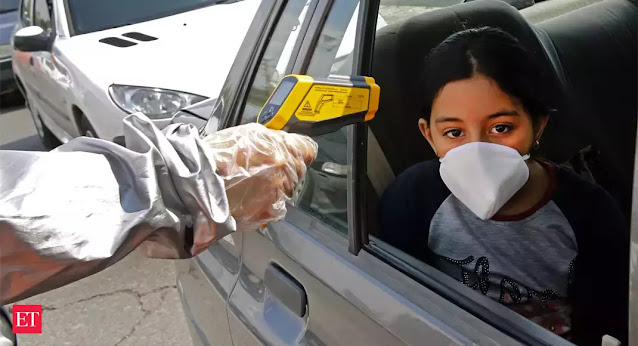 UMMATIMES - It has been more than a year that Iran is facing the worst outbreak in the Middle East. Now Iran has again asked all non-essential shops in 275 cities including the capital Tehran to be closed.
Parks, cake shops, beauty salons, malls and bookstores in 'red' or 'orange' zones and cities with a high risk of coronavirus transmission were closed. On Sunday (4/7) in order to reduce the number of positive cases of Covid-19, the Iranian government also banned intercity traffic.
President Hassan Rouhani said the new regulations were designed to slow the spread of the highly contagious Delta variant of the coronavirus. He warned the variant could trigger a 'fifth wave' of the outbreak in Iran.
Reports show positive cases in Iran in recent weeks have remained stable but have doubled from mid-June. So far, Iran has reported 3.2 million cases of infection and 84,627 deaths.
The spike came as the country's vaccination program stalled. The Our World Data website shows that currently under 2 percent of Iran's 84 million population have received the two-dose vaccine.
Iran says so far it has injected 6.3 million doses of the Covid-19 vaccine. Most of the vaccines come from abroad including from the global vaccine distribution, Covax. Iran also imports the Sinopharm vaccine from China and the Sputnik V vaccine from Russia.