Iraqi Air Base Attacked by 14 Rockets

Iraqi Air Base Attacked by 14 Rockets

A total of approximately 14 rockets hit an Iraqi air base housing US troops and other international troops on Wednesday (7/7). Coalition spokesman Colonel US Army Wayne Marotto said the attack on the Ain al-Asad air base in western Iraq injured two US personnel. Rockets landed on the base and its perimeter. 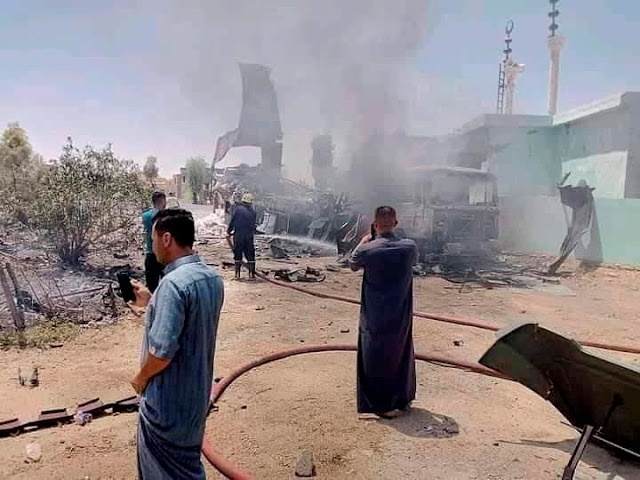 UMMATIMES - While no one has claimed direct responsibility for the attack, analysts believe it was part of an attack by pro-Iranian militias. The Iran-aligned group vowed to retaliate after a US strike on the Iraq-Syria border killed four of its members last month.
The US-backed Syrian Democratic Forces said no damage had been caused by a drone strike on the Al Omar oil field in the eastern region bordering Iraq. The Pentagon said a drone had been brought down in eastern Syria and that no US personnel were injured and there was no damage.
According to Iraqi military officials, the pace of recent attacks on bases hosting US troops with explosive-laden rockets and drones is unprecedented.
Iraqi military sources said a rocket launcher mounted on the back of a truck was found in nearby burnt farmland.
The day before, a drone attacked Erbil airport in northern Iraq. Kurdish security sources said the attack targeted a US base on the airport grounds. Three rockets also landed in Ain al-Asad earlier in the week, without causing any casualties.
The US told the UN Security Council last week it was targeting Iran-backed militias in Syria and Iraq. They will launch air strikes to prevent the group and Tehran from carrying out or supporting further attacks on Washington's personnel or facilities.
Iran denies supporting attacks on US troops in Iraq and Syria and condemns US air strikes against Iranian-backed groups.