The Palestinian ambassador to the United Nations, Riyad Mansour, has warned officials about attacks by Israeli occupation forces, and increasingly violent and racist extremist settlers against Palestinians. Mansour addressed this in a letter to UN Secretary-General Antonio Guterres, president of the UN Security Council and president of the UN General Assembly. 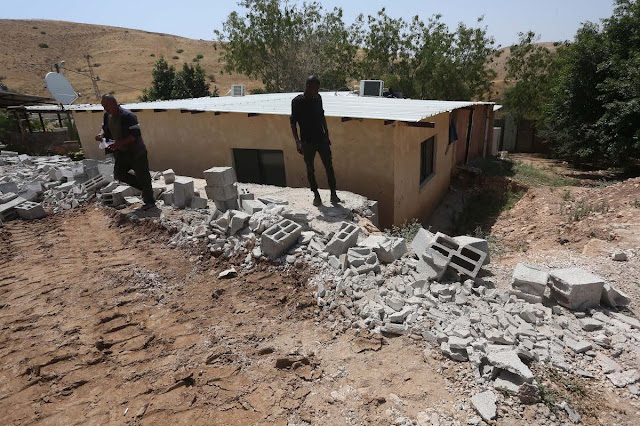 UMMATIMES - In his letter, Mansour said that the occupation forces had destroyed 72 buildings in the span of three months. This caused 78 Palestinians, including 47 children and 15 women, to lose their homes.
Meanwhile, more than 350 other people were affected by the demolition. On the other hand 218 Palestinian families, consisting of 970 people, including 424 children, have eviction cases pending in Israeli courts.
Mansour was referring to Israel's announcement of another demolition order. Hundreds of demolition orders for buildings allegedly without permits will be issued throughout the occupied West Bank, including East Jerusalem.
Mansour noted that Israeli NGO Breaking the Silence revealed that the occupation authorities routinely reject nearly 99 percent of Palestinian building permit applications. As a result, it is almost impossible for Palestinians to build and develop their community.
Palestinian officials also referred to armed settler violence being allowed to spread terror and attack Palestinians. Such groups are in the vicinity of Beita, near Nablus. There are a number of extremist settler groups in the area such as Lehava, La Familia, Price Tag and Hilltop Youth. Recently, a 16-year-old Palestinian boy, Ahmed Zaher Bani Shamsa, was shot and killed by Israeli forces.
Addressing the situation in the Gaza Strip, Mansour said that, the occupying authorities have resumed air strikes on the besieged territory. The attack violated a ceasefire that took effect last month. The attacks in Beit Lahia and Khan Yunis have caused severe damage to infrastructure and agricultural land.
Mansour highlighted UNRWA's call for humanitarian relief assistance, calling for immediate financial assistance to meet the needs of Palestinian children, women and men after the Israeli military aggression. He also stressed the need for the Security Council to fulfill its responsibilities, and take concrete steps in implementing all its resolutions. He stressed it would require ending the practice of granting Israel de facto exceptions from complying with international laws and conventions.