The Israeli Navy detains two Palestinian fishermen off the coast of the As-Sudaniya area, northwest of Gaza City, Palestine, Thursday (29/7). The army also confiscated their boat. 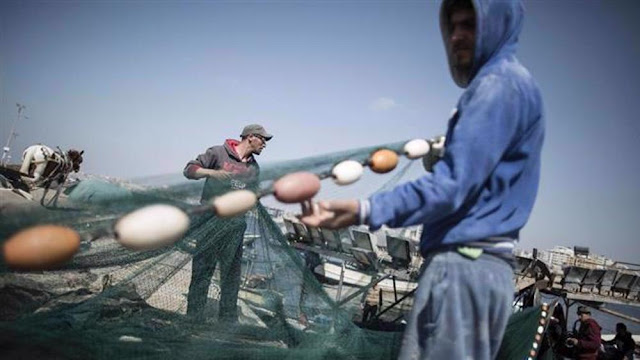 UMMATIMES - According to WAFA, witnesses said that the fishermen were sailing within 4 kilometers of the coastline when an Israeli navy ship chased them. Later, the Israeli navy proceeded to arrest the fishermen and confiscate their boats.
Fourteen years after Israel's “dissemination” from Gaza, Israel has not truly disengaged from Gaza. The occupying authorities still maintain control of land borders, access to the sea and airspace in the city.
Two million Palestinians live in the Gaza Strip, which has been the target of Israel's punishing and crippling 12-year blockade of the territory. Israel's attacks have also been intense, which have damaged much of the enclave's infrastructure.
Gaza's two million residents remain under "remote control" occupation and a tight siege, which has devastated the local economy. Actions that strangle Palestinians' livelihoods, plunging them into unprecedented levels of unemployment and poverty. It is especially cut off from the rest of the occupied Palestinian territories and the wider world.
Gaza remains an occupied territory, having no control over its borders, territorial waters or airspace. Meanwhile, Israel has held up very little of its responsibilities as an occupying power, failing to meet the basic needs of Palestinian civilians living in the territory.
Every two out of three Palestinians in Gaza are refugees from the land inside what is now Israel. The Israeli occupation authorities forbid them from exercising their right of return because they are not Jewish.