Israeli jets on Saturday (3/7) carried out a number of airstrikes against sites claimed to be occupied by the Palestinian resistance group Hamas in the blockaded Gaza Strip. 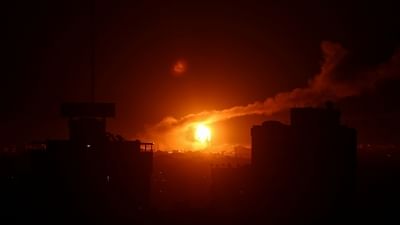 UMMATIMES - Israeli warplanes launched missiles against two targets reportedly belonging to the Al-Qassam Brigades, one in the south and the other in northern Gaza, the Israeli army said on Twitter. The jets targeted a Hamas weapons factory and a rocket launch pad, Israel said.
According to Israel, the attack was carried out in retaliation for fire balloons sent from the Gaza area. There is no information about casualties from the Palestinian Ministry of Health.
Earlier, Israeli jets had hit another site belonging to the Al-Qassam Brigades on Friday.