Israeli settlers continue to build on the site of an illegal settlement on the top of Mount Sabih in Beita, Nablus, in the northern part of the West Bank. In fact, they have agreed with the Israeli government to leave the illegal settlements. 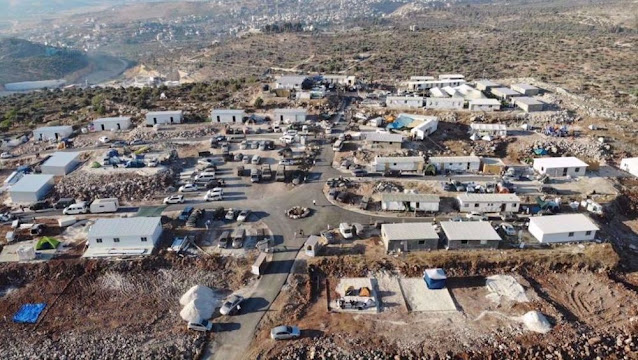 UMMATIMES - The Times of Israel reported that their promise to leave was reportedly guaranteed as part of a pact that could see settlements allowed after an investigation into Palestinian private property rights. Earlier on June 21, Israeli media reported that the Israeli army ordered the evacuation of the illegal settlement of Eviatar on the top of Mount Sabih.
According to international law, Israeli settlements in the West Bank are all illegal. Meanwhile, Givat Eviatar has been recognized as illegal even by Tel Aviv.
Although the majority of the settlers on Mount Sabih are preparing to be evacuated, the Haaretz media reported on Thursday (1/7) that some settlers are still building. The Israeli daily said the settlers announced their intention to continue building up to the point where they should have left.
They explain that they intend to leave, if the move continues. In addition, Haaretz said illegal resident Givat Eviatar had made it clear that, despite claims in the media, there would be no military base created there.
They said the army's ongoing involvement in the area would be limited to guarding its residential buildings. Meanwhile, a number of settlers living in Eviatar oppose the agreement reached with the government.
"There are a lot of flaws in it, no commitment to a definite schedule or explanation of what will happen. It could all fall apart," said one Israeli settler in Eviatar, quoted in Al Araby, Friday (2/7).
Some settlers are also wary of the fact that authorities have not made it clear whether they plan to make a verbal agreement or, more concretely, in writing.
Meanwhile, Palestinians from the neighboring Beita neighborhood have turned to so-called "night confusion", seeking to disorient settlers, including by burning tires and shining lasers.
However, there is no information that caused the settlers to decide to leave the illegal settlement.