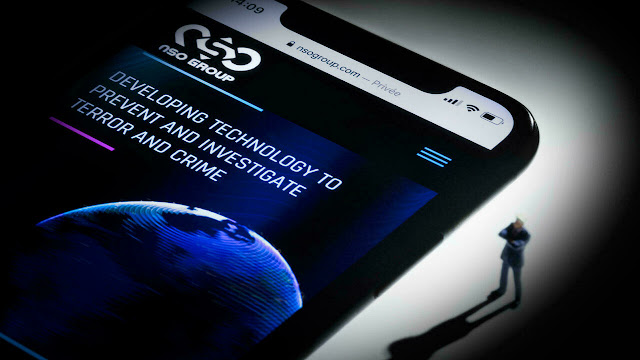 UMMATIMES - Israel's Ministry of Defense said in a statement cited by the Times of Israel that Gantz was expected to provide Parly with updates on NSO affairs. French President Emmanuel Macron reportedly had to change his phone and SIM card after it was revealed he was targeted by Pegasus. Pegasus is a military-grade surveillance or spyware tool developed and leased to international clients by the Israeli company NSO Group.
The NSO Group is the lead developer of Pegasus, a software created for the purpose of hacking its target's phone, so that it can read messages, record calls, track location and steal any data from the phone. The powerful spyware is even capable of turning on the phone's microphone and camera to listen to conversations in the target's room.
NSO insists on leasing Pegasus to foreign governments to help track and catch terrorists and other criminals and is somewhat cautious about abusing the system. However, there have been a number of scandals regarding the misuse of spyware to target journalists, activists and WhatsApp users.
Gantz previously said the Ministry of Defense was studying information surrounding NSO's activities. He added that Israel authorizes the export of cyber spy products to the government, only for lawful use, and exclusively for the purpose of preventing and investigating crimes and terrorism.
However, its Defense Ministry noted it is ready to take appropriate action against NSO, if it finds violations of export license requirements to foreign governments. The NSO Group called the allegations surrounding its alleged involvement in surveillance of foreign activists, politicians and journalists a vile campaign and slander.
Apart from discussing the NSO, according to a Jerusalem Post report, Parly and Gantz are expected to discuss the Iran nuclear deal, which has been on hold since America's unilateral withdrawal from the agreement in 2018. The ongoing crisis in Lebanon will also be on the agenda.