The Olympic torch relay arrived in Tokyo on Friday (09/07) without spectators and was only greeted with a simple ceremony, because the Japanese government had declared a COVID-19 emergency status. 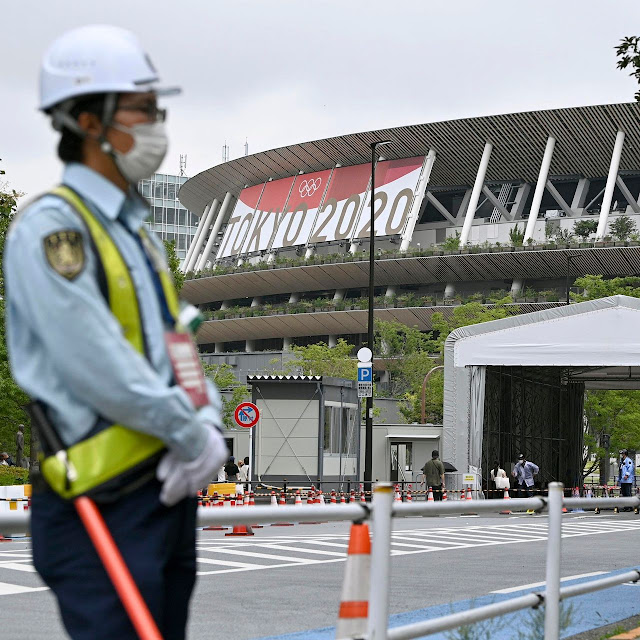 UMMATIMES - Exactly two weeks before the opening ceremony, the torch relay was brought onto the stage and handed over to Tokyo Governor Yuriko Koike. No spectators are allowed to watch the event at the Komazawa Olympic Park Stadium.
"I feel heartbreaking sadness about this decision," Koike said.
Tokyo Olympic organizers and government officials on Thursday (08/07) night decided to ban spectators from watching the international sporting competition. A number of competitions will also be held outside the capital city.
"We must take stronger steps to prevent another national outbreak, also considering the impact of the coronavirus variant," Prime Minister Yoshihide Suga was quoted as saying by Kyodo News.
The IOC and the International Paralympic Committee said in a statement that they "respect this decision, support it in the interests of a safe and secure Olympics for everyone."

Spectators can still attend venues outside of Tokyo

Japan's Olympics Minister Tamayo Marukawa said while spectators were prohibited from attending the arena, the Olympic venues in Fukushima, Miyagi and Shizuoka might still allow fans to fill 50 percent or a maximum of 50,000 seats.
"It is regrettable that we are holding the Olympics in such a limited format, facing the spread of the coronavirus infection," said Tokyo 2020 Olympic chairman Seiko Hashimoto. "I apologize to those who have bought tickets," he added.
Spectators are also allowed to attend the Paralympic events, although that plan will be decided at the end of the Olympics on August 8.

How did the fans react?

Sports fan Ryuichi Ishikawa, 54, told Reuters news agency he still hoped to see the 2020 Tokyo Olympics live.
Keiko Otsubo, a woman in her 40s who wants to watch a triathlon laments that the COVID-19 infection cannot be controlled. "If they can get vaccinated early, we can be like America and elsewhere, where everyone is now going to sporting events as usual," he said.