Japan will extend its lockdown due to the spread of COVID-19. Japan's lockdown was extended by two weeks or more in the Tokyo area as the number of infections continued to rise less than a month ahead of the Olympics, according to sources quoted by Reuters on Thursday (1/7). 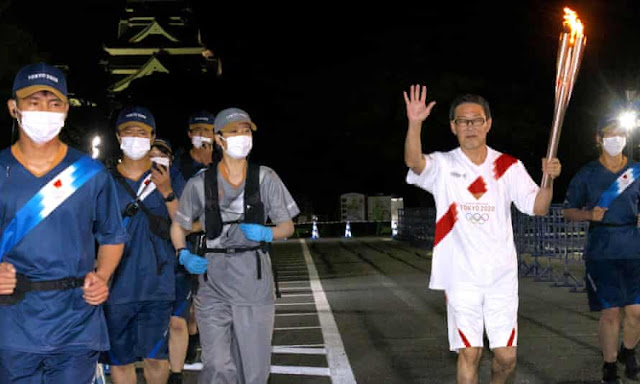 UMMATIMES - The Japanese capital and three neighboring prefectures are in a quasi-state of emergency that will last until July 11. However, the recent increase in infections has made government officials inclined to keep the restrictions in place.
The move could affect the number of spectators allowed into the Olympic Games venue, the source said. The government's efforts to be able to restore full emergency conditions in Tokyo depend on the level of readiness of the medical system.
New infection cases in the Olympic host city rose to 714 on Wednesday, the highest in more than a month. The source said the restrictions were planned to take effect from July 8, when International Olympic Committee President Thomas Bach is due to arrive in Japan.
The Olympics will start on July 23, but many Japanese people oppose holding the sporting event. Medical experts also warned that the Olympics could create new clusters of the spread of the corona virus.
The pseudo emergency status affects the number of spectators which is limited to a maximum of 5,000. Meanwhile, Olympic organizers plan to allow up to half of the stadium's capacity or a maximum of 10,000 people if the state of emergency is lifted.
Spectators from abroad are also prohibited from attending. But some members of the coalition are in favor of having no spectators at all during the Tokyo Olympics, the source said.