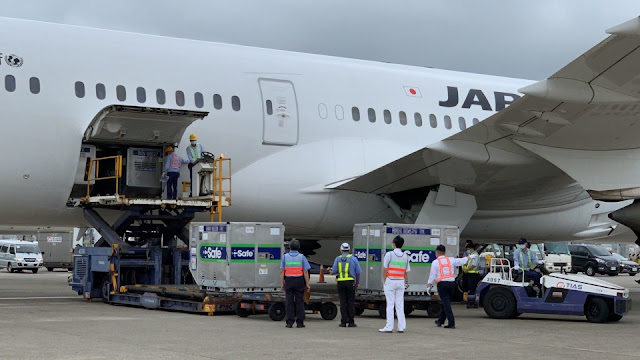 UMMATIMES - Japanese Foreign Minister Toshimitsu Motegi said the latest vaccine donation to Taiwan would be sent on Thursday (8/7). "True friends always help when they need each other the most," Taiwan Prime Minister Su Tseng-chang said on his personal Facebook account in response to the vaccine donation from Japan.
Motegi said his country will also donate 1 million doses of vaccine each to Thailand, the Philippines and Vietnam this week. Taiwan Health Minister Chen Shih-chung revealed that Taiwan also received 620,000 doses of AstraZeneca vaccine on Wednesday (7/7). It's part of the government's direct orders to related companies.
About 10 percent of Taiwan's 23.5 million people have received at least one dose of the vaccine. Taiwanese President Tsai Ing-wen hopes her government can increase it to 25 percent by the end of this month.
Regarding Japan's vaccine stock, the country has arranged to buy 120 million doses of AstraZeneca vaccine. Most orders are produced domestically. Japan approved the use of AstraZeneca in May. But due to concerns about the effects of blood clots, Japan is pushing its vaccination coverage using Pfizer and Moderna.
Japan has pledged $1 billion and 30 million doses for a global vaccine-sharing scheme, Covax. But so far, his contributions have been outside the program.